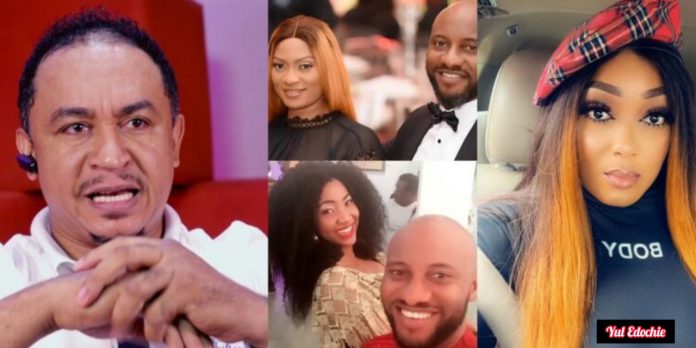 Controversial Nollywood actor, Yul Edochie, has received criticism from his colleagues and fans over recent comment on his first wife, May’s reaction to his second marriage.

Yul in an Instagram post on Sunday, Dec 18, declared himself a proud polygamist and justified his decision to marry a second wife after 17 years of marriage to his first wife, May.

It would be recalled that Yul Edochie unveiled actress Judy Austin as his second wife in April 2022.

Yul claimed in his write-up that he was directed by God to be a polygamist in order to give his son a proper identity, and he backed up his claim with a bible verse, Exodus 21:10.

Speaking on May’s reaction to his marriage to Judy, Yul noted that she was not happy about it, but it turned out to be a blessing for her.

Meanwhile his post didn’t sit well with his fans and some of his colleagues, and they took to the comment section to express their displeasure.

Reacting, actress, Peggy Ovire wrote, “You had too do this on Sunday morning”.

“My brother there is nothing wrong with polygamy. It is scriptural like you noted. Abraham, David and Solomon were all polygamists. Polygamy can’t stop you from being a man of God. However, the only issue is that May @mayyuledochie is NOT happy. Traditionally (with regards to Nigerian culture) and scripturally, the first wife must consent. May made it clear that she didn’t consent. This is my issue. Do have yourself a happy holiday.”

Mixed reactions as actress Annie Idibia gets mocked over her unending...