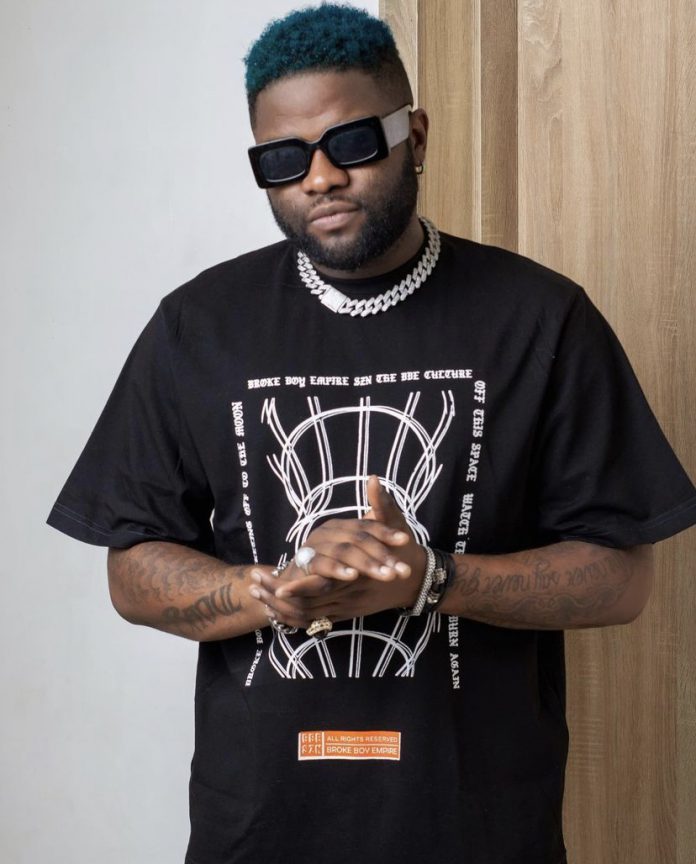 Many African artistes appear to be having the best of time now after the covid-19 pandemic left their music career and finance in a bad state with most of them bouncing back and signing new endorsement deals.

One of the artistes currently making waves and smiling to the bank is Afro beat singer and songwriter, Raoul John Njeng-Njeng, popularly known Skales.

From releasing hit songs back-to-back, including Kayefi and a his yet-to-be released single which featured Davido, the singer seems to be enjoying the best of the moment in the music industry that is gradually bouncing back to life.

Just some weeks back, Skales held his traditional wedding with his wife amid pomp and pageantry with many of his friends and fans hailing his decision to quit bachelorhood to build a new life.

Days back, he was unveiled as the new face of Oduwa Coin, a crypto currency network that allows anyone to transfer digital cash to family, friends and vendors from anywhere to everywhere around the world, with no fees and now becoming the face of the Largest Crypto currency in Africa.

OduwaCoin is a crypto currency network that allows anyone to transfer digital cash to family, friends and vendors from anywhere to everywhere around the world, with no fees.

Speaking about their decision to bring Skales on board, Bodega World Music and Chief Property Music Group, two American-based entertainment companies bridging the gap between Europe and Africa for the Afrobeat industry, ….. said “Skales is one of the most talented and consistent artists, who grew from grass to grace with many hit songs on his profile.”

Skales who has toured the world and featured on records with the likes of Nicki Minaj, Diplo is believed to have the street credibility and international appeal, which according to the company is what the brand is all about.

“We believe that choosing him will be an inspiration to the young ones all over the world who look up to him and he will be able to use his platform to draw more users to the Oduwa brand. They carry a mutual agenda to unite all of Africa with one African-based currency meant to bring true financial freedom to all Pan-African territories.

Also, Skales is partnering with Oduwa, Bodega World Music and Chief Property Music Group on their joint mission to empower the youth with a $1000 cash prize plus Oduwa coins for several winners through a dance challenge competition for his song “This Your Body” featuring Davido, on social media.

“There’s nothing wrong with marrying woman richer than you”, Nigerian Actor,...