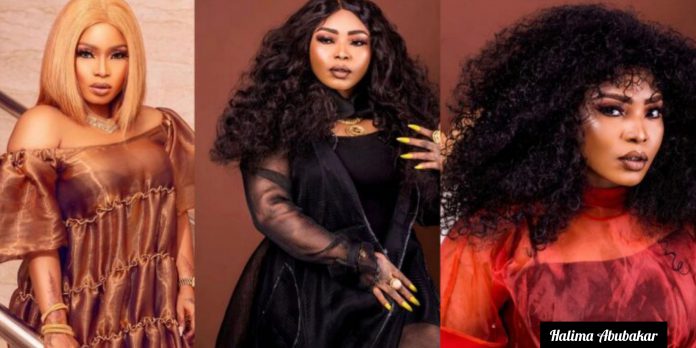 Popular Nigerian actress, Halima Abubakar has reportedly quit Acting.
According to the 37-year-old actress, She really loved acting but she has to prioritize her health now over anything else.
Recall that the actress has been battling with an unknown ailment for a while and accused Apostle Sulaiman of being the cause of her sickness.
However, there has been no change in her condition, resulting in an exchange of threats between her and the clergyman.
Meanwhile, Halima Abubakar’s management announced via an Instagram post that her days of acting in movies were done.
“HALIMA ABUBAKAR QUIT ACTING
WE ARE SO GRATEFUL FOR ALL🙏
WE LOVE YOU ALL🙏
THANK YOU ,FOR THE SUPPORT 🫶
SHE IS SO DOWNCAST”
SHE REALLY DID LOVE ACTING💐
THANK YOU🙏
Rest and continue healing❤️
We all love you. my sweet sis🥰,” her management wrote via her official page.

Kunle Afolayan reveals how his father discouraged him from film making