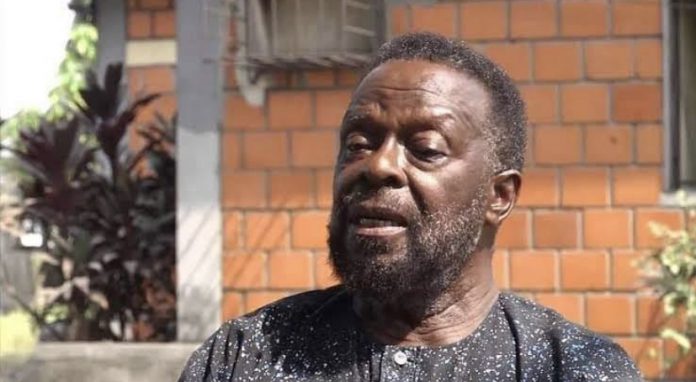 Veteran Nollywood actor, Chief Lari Williams, has been announced died at the age of 81 after a long illness.

Williams died on Sunday at his home in Ikom, Cross River State.

He was popular for his parts in hit soap operas such as Village Headmaster, Ripples, and Mirror in The Sun.

While alive, he was not just an actor but a poet, playwright who’s work has earned him award recognitions.

Statement announcing his death reads, “He will be greatly missed byhis family and many friends. Burial arrangements will be announcedsoon.”

He was the first president of the Actors’ Guild of Nigeria and had a career that spanned over five decades.

After studied journalism at the London School of Journalism, before proceeding to study English at Morley College.

In becoming a professional actor, he went to study drama at the Mountview Theatre School and Stratford E15 Acting School, England to achieve that.

I Will Stop Procreating Following The Death Of Her Father –...