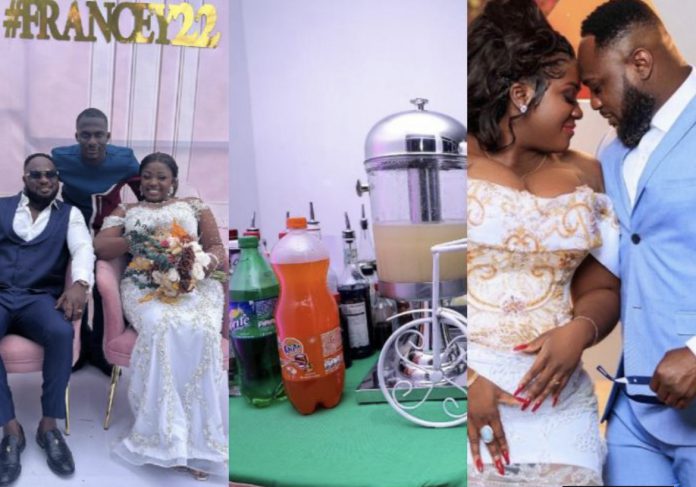 * Tracey Boakye on fire for Serving Cheap Drinks, preventing Bloggers From Filming
East Legon landlady, Tracey Boakye has been exposed for serving cheap drinks and pure water at her wedding.
It was gathered that after bragging and displaying “boss chick” attitude on social media, report says Tracey Boakye served coke and fanta at her wedding.
According to Naana Brown, Tracey couldn’t afford expensive drinks for her guests so she mixed fanta and coke to be able to meet the numbers, adding that she didn’t really serve variety of meals as seen at other rich weddings so she strictly warned bloggers not to capture drinks and food at her wedding.
Meanwhile, Naana Brown revealed in a trending video as she fired Tracey Boakye for greedily snatching Actress Vivian Jill’s man.

Superstar Adele wins Album of the Year, two other categories at...

Burna Boy: What I told my mom about marriage