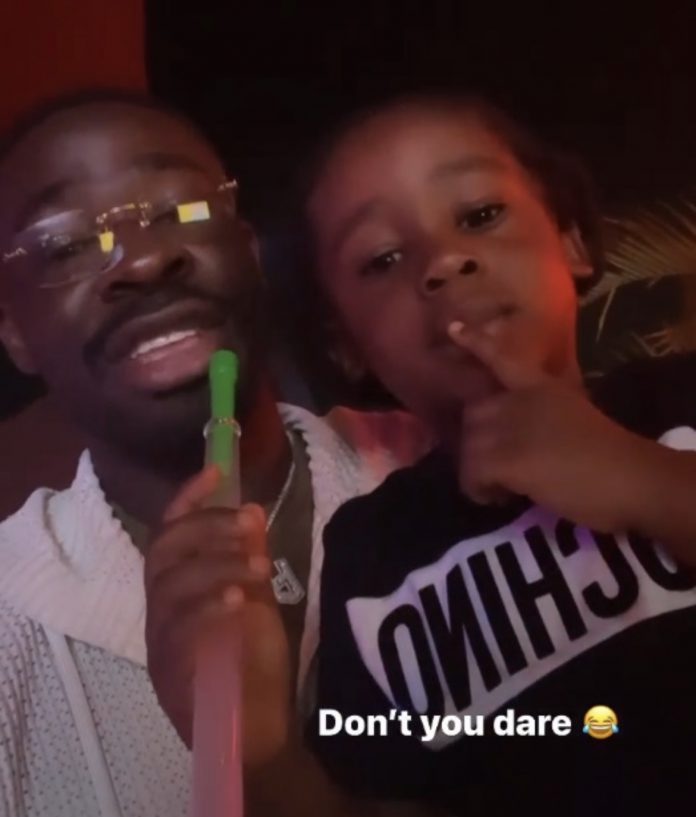 Davido’s Lawyer, Bobo Ajudua has been attacked by Nigerians after he posted a video of himself having a good time with his son in a club.

Nigerians criticises the video for sharing video where he was puffing smoke from a shisha pipe and his son seemingly assisted his son in the process.

An Aide to Governor Okowa, Ossai Ovie Success has hit the lawyer who he described as an irresponsible father.

Ossai posted: He is an irresponsible father.

“I heard this is Davido’s lawyer, Bobo Ajudua with his son in the club. He is disgrace to the law profession and should be sanctioned. Well, being a lawyer doesn’t qualified you to be a responsible father. No responsible father will ever do this in the presence of his son. Some fathers have lost morality. Look at the video very well and you will see the point where the child wanted to emulate the father’s irresponsible act.

This is sad. The mother should please take full custody of the child to avoid more harm since the father is showing act of irresponsibility.”

How Much Does it Cost to Visit Cairo?