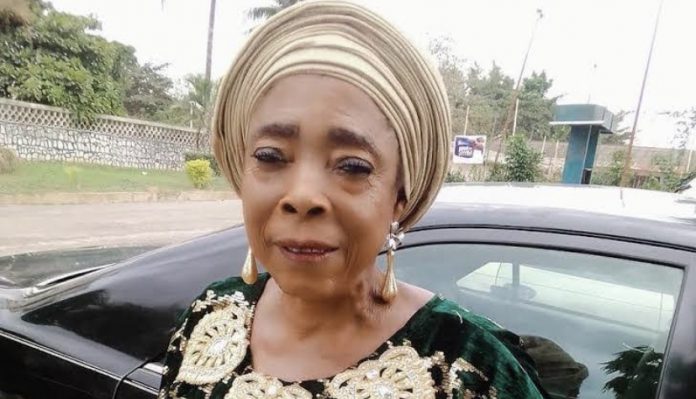 The Nigerian actress, Iyabo Oko who was confirmed dead is alive. She was reported to have moved her hand three hours after her death was announced.

Her daughter, Bisi posted a video on her Instagram page saying that her she received a call from her senior brother who informed her about her mother’s death and after three hours she moved her hand.

On another post she wrote, “wonderful being, she moved her hand after being confirmed dead 3hrs ago. God we will forever praise your holy name”. She also pleaded that everyone should pray for her mother who is still in the hospital.

“Why I visited the Ooni’s palace” — Actress, Nkechi Blessing opens...