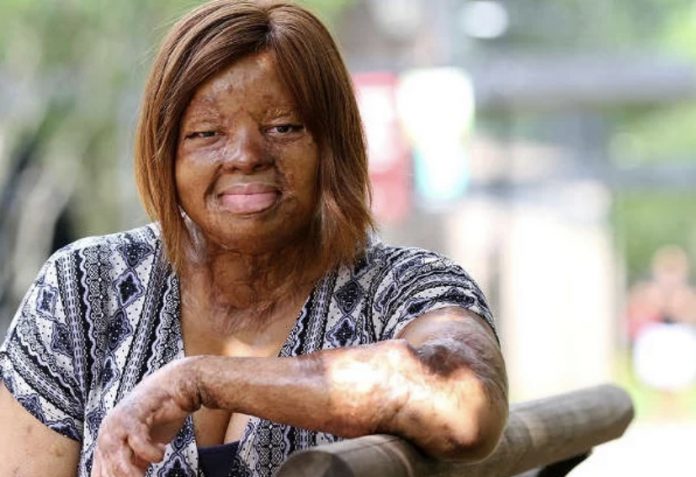 Kechi Okwuchi, one of the Sosoliso aircraft survivors who is also a singer and motivational speaker, has shared her  journey to recovery from the facial scars sustained after the tragic Sosoliso plane crash that happened nearly 16 years ago.

Okwuchi was one of the two survivors in the Sosoliso Airlines Flight 1145 crash on December 10, 2005.

She had suffered third-degree burns on 65% of her body, undergone over a hundred reconstructive surgeries, and was given a 30% chance of survival.

Recently, she took to her Instagram page to appreciate God while also sharing two photos of her facial scars and the healing progress spanning 14 years — from January 30, 2007, to July 20, 2021.

“Wonder if I should tag this as sensitive content? I stumbled upon the picture on the left on my laptop a couple of months ago, and I have been contemplating this post since then,” she wrote.

“I remember I stared at it for a long time that day. Time makes me forget just how extensive my burn injuries were, and how devastating the effects were to my body.

“The pic on the left was taken a good year after the plane crash and by then, intense scar tissue had formed, especially on my face.

“I took the pic on the right a few mins ago and made these before/afters, and I marvel at how far God has brought me.

“I am the result of the hard work of multiple surgeons He brought into my life, nurses, physiotherapists, and love and care from my family, my mom especially.

“This is what progress looks like, guys. 2 pictures, 14 years apart. I’m grateful that I lived long enough to see it.”