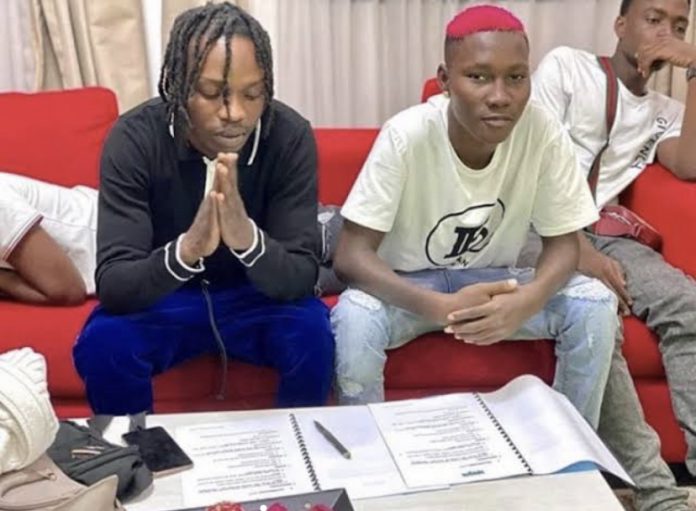 Nigerian singer, Naira Markey has called out the National Drug Law Enforcement Agency, NDLEA, over the maltreatment and assault of artistes, Zinolesky and Mohbad.

Recall that the NDLEA stormed their residence and arrested both artistes, with some others, after they found cannabis and Molly in their possession.

NDLEA had in recent times raided the homes of Nigerian celebrities and arrested them over drug-related issues.

Recall that Comedian, De General was arrested and convicted of drug trafficking by a Federal High Court in Lagos, alongside Caleb William, for unlawfully dealing in 15g of cannabis and 14g of tramadol in Lagos State.

Naira Marley described the treatment by the agency as disgusting and unjust, even as he confirmed Mohbad’s release.

According to him, the NDLEA arrested Zinolesky and Mohbad with no warrant.

His tweet read: “NDLEA has released Mohbad after physically assaulting him. Zinoleesky is still in custody. The boys are under a lot of stress after being ambushed in the middle of the night with no warrant. I’m urgently returning to Lagos now.

“What’s happening to my brothers is disgusting. The injustice is unfair and this is beginning to look like a pattern.