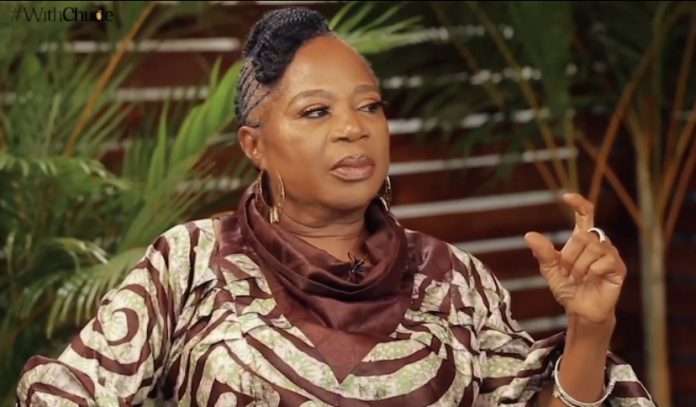 Veteran singer and actress, Onyeka Onwenu has opened up on past struggles as a young married woman.

Onwenu in an interview said she did not want her marriage to end, it would have killed her if she stayed.

She revealed that her marriage was difficult and was not good for her and her children.

She said: “I went through my marriage, it was difficult because I really did not want my marriage to end but I could not take it anymore, it would have killed me.

“I always say this and that is the truth. It was not good for the children to live in that kind of environment where the mother is depressed, the mother is carrying the weight of the whole family.”

Onyeka Onwenu, whose estranged husband had remained a mystery over the years reportedly married a Yoruba Muslim in 1984 and they were blessed with two children.