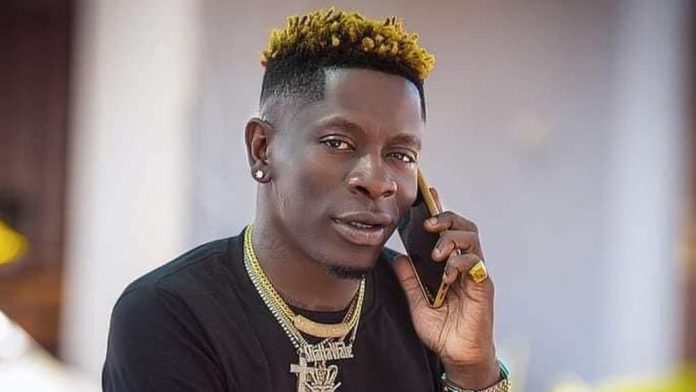 Ghanaian Dancehall artiste, Shatta Wale has revealed stories from his days before fame and how he ended up living with a prostitute in a brothel for over a year.
Shatta is not one to detest his humble beginnings. He narrated how he was beaten him so harshly that he had no option than to cohabit with a commercial s*x worker to survive.
According to the SM boss, he spent over a year moving from ghetto to ghetto with a lady just to survive and his trip ended with him in a brothel
He said he came home onetime to meet the girl providing services to a customer and he had no option but to sleep outside while the action was happening.
His experience with the girl, according to him, is what shaped him into the hardcore celebrity we see on our screens now.
This explains why he does most of the things we see him doing – you can’t go through this mess and come out the other side sane.
Shatta Wale usually jokes and exaggerates whenever talking about how life has treated him but he claims this is the gospel truth.
Meanwhile, this is not the first time the dancehall artiste Shatta Wale has made such claims. He started in a viral video that he used to be a bodyguard for prostitutes at the Kwame Nkrumah Circle and Adabraka during his hustling days.
Reminiscing his past, he said that was one of the part-time jobs he did to support himself even though his father had money to cater for him.
“Go to Circle and ask; I had ‘Ashawo’ girlfriends there. Do you know the life I have lived? I used to bodyguard ‘Ashawo’. I was the mafia for them; ask boys who know me for Adabraka, they will tell you”

Don’t use only Ghana Card, it can disenfranchise millions – Afari-Gyan tells EC

Actress Ivie Okujaye and her husband welcome their third child together