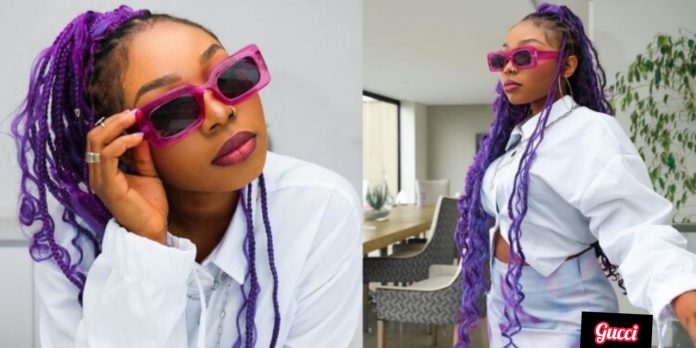 Nigerian fast-rising singer, Guchi, has revealed that her biggest breakthrough came from a music video she spent the least money on.

The “I swear” singer revealed this on Twitter while celebrating the visuals for her hit song Jennifer reaching 50 million views on YouTube.

Guchi revealed she paid N300,000 for the filming, and that’s the least she’s ever spent on a music video.

“Jennifer just hit 50Million views on YouTube. It cost me just N300k to shoot this video! The cheapest video I ever shot, gave me the biggest breakthrough and reach! God did that 🙏🏾💜”, she wrote.