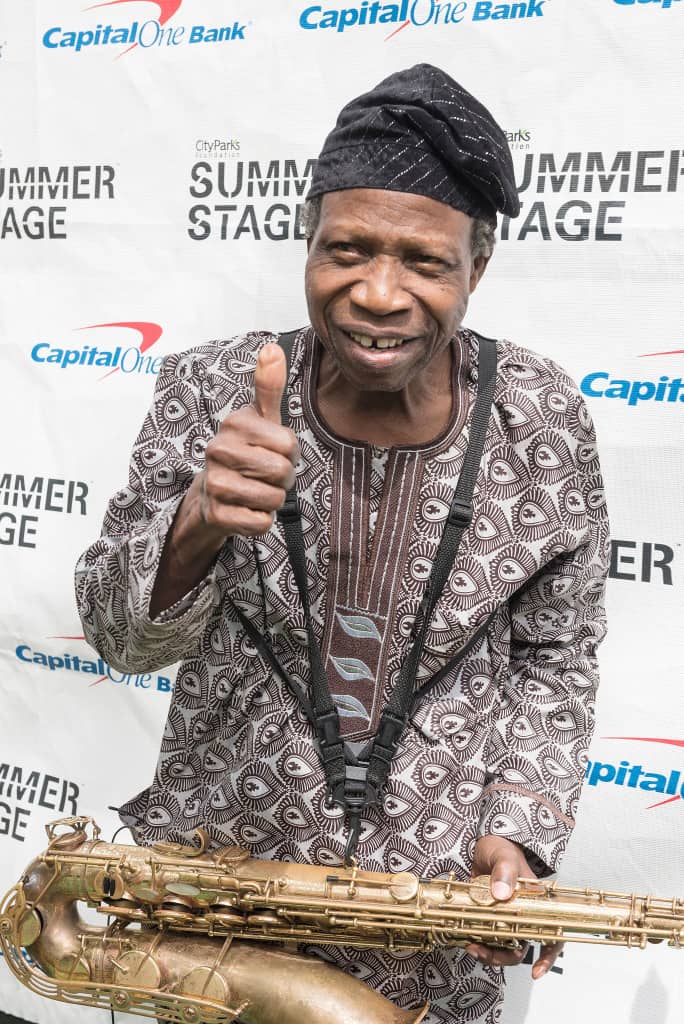 It was an electrifying atmosphere in Ilesha, Osun State when different music groups recently honoured the septuagenarian and legendary saxophonist, Dr. Orlando Julius Ekemode as part of the activities to celebrate his 60 years on stage.

The Appreciation Concert was held by Afrocentric Groove, who headlined the gig and dished out many evergreen songs of Orlando Julius’ (OJ), such as Ijo Wa, Jagua Nana, Jeko yewa, Bamijo and Ololufe.

One of the highlights of the concert was the brother of Orlando Julius, Olugbenga Ekemode, who’s the last born of the family came to sing, ‘Ma Fagba Se Yeye’. Indeed music runs in the family which started from their mum.

From the speech given about the celebrant, Orlando Julius, he wanted to do music right from when he was young. O.J was in the late Eddie Okonta’s band before he was able to form his own band performing regularly at the NBC Ibadan now NTA.

His first song was ‘Igbehin Adara’ and Orlando Julius, who is also good with the drums, had his first hit, ‘Jagua Nana’ in 1964. He had to travel to Europe to understand the production of music and the rest is history as O.J along with his partner and wife, Latoya became a regular touring musician across Europe and American continents. Little wonder, his music seems to be more appreciated there.

Awards were given to several people including Segun Odegbami, Steve Ojo of Galaxy TV, and Osun State Governor, Gboyega Oyetola for supporting O.J and arts and culture in the state. Segun Odegbami was said to have sponsored Orlando’s show in Nigeria in 1999 at MUSON centre.

Among dignitaries that came were Dr Olajide Akinyemi, Orlando Julius’ childhood friend who went to the same primary school together, Prof Isaac Adebisi of Department of music, College of Education, Ilesa in Osun State; Engineer Olufemi Adeyemi, Fela’s pianist, Duro Ikujenyo, and others.

Davido speaks on hugging Wizkid, fans beef between them