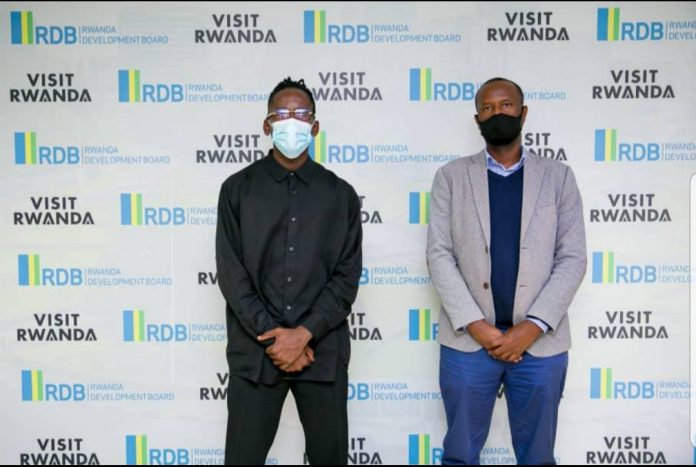 After enrolling at the Kwame Nkrumah University of Science and Technology (KNUST) in Ghana, for over a decade, Tosin Ajibade popularly known as Mr Eazi, seems to be going all out on the African tech frontier.

The singer whose background includes running a venture capital backed startup before delving into music hasn’t forgotten his roots.

Following an announcement about his plans to enter into a partnership with some expert friends to start a functional digital Bank for Africans in the Diaspora, the singer and an investor has kicked off with an African tour of relevant technology bodies.

The development has seen Eazi visited the Rwanda Development Board to explore business and investment opportunities in Rwanda. This comes after his recent travels to Sierra Leone and Benin Republic.

According to a post by the board, the singer is particularly interested in Rwanda’s creative, e-payments and gaming sectors. Eazi was welcomed by the Chief Tourism & Conservation Officer, Belise Kariza and the Division manager – Investment Promotion and Export Marketing, Philip Lucky.

The development board visit was followed by visits to Rwanda Finance Ltd where he met with the Chief Executive Officer and the National Bank of Rwanda, Nick Barigye where he was hosted by the Director Payment Services, John Karamuka.

Eazi also met with the Rwandan Minister for ICT and Innovation, Paula Ingabire as well as visited the African Leadership University, at the Kigali Innovation City.

It was gathered that Mr Eazi, who has explored his entrepreneurial side by founding a series of ventures, including a notable project tagged, “Empawa Africa”, a talent incubator that worked with acts like Joeboy, DJ Neptune, J Derobie, and King Promise.

“Na for Instagram dem divorce you” – Charlyboy spoofs Ooni of...

Grammy: Wizkid congratulates Angelique Kidjo after losing to her