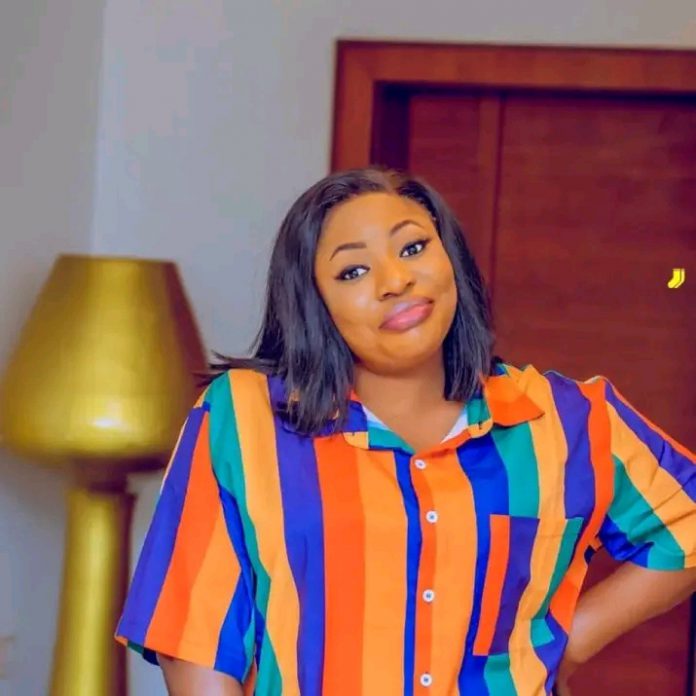 Popular movie maker and actress, Temilade Oyegoke, otherwise known as OT Odimayo has described as untrue and mischievous claims that she defrauded one Mrs Doris Ogunba of 500 million naira that was allegedly meant for passport/visa procurement for some of her clients.

A popular blogger last week revealed that Mrs Ogunba was currently sick and admitted in a private hospital in Lagos and could not take care of her health because she has gone broke, calling on Odimayo to refund the money purportedly paid to her for visa and passport procurement.

But in a statement released by the actress and obtained by Potpourri in Lagos on Friday, Odimayo refuted the claim, warning those trying to smear her name for the wrong reasons on social media platforms to desist or face the wrath of the law.

She stated further that she was introduced to Mrs Ogunba by one Tayo Akindele whom she had once procured a visa for, adding that Ogunba “claimed she had been defrauded in the past by those who claimed they could procure a visa for her. She inquired about Tier 2 Visa form me and I was plain in my explanation that I have never done Tier2 but I know about TIER 4 and other UK work Visas.”

The statement reads in part “I have never procured a fake visa for Doris and she knows this. Doris would always reach out to me for a fast track job and still paid the normal fee even though she knows the fast track service cost more. I advised her to read every contract and agreement of the service she renders and not just collect money from her client but she prefers to just get money and come for the fast track service.

“I procured almost 70 Tier 2 Visas for Mrs Ogunba which cost 1.9 million each but she had never for once paid me for the services I rendered for her. At this point, I told her she needed to start paying for my services and we agreed she would be paying 2.2m for each as against the 1.9 million she paid initially.I was surprised when I saw on social media platforms that I was owing her 500 million naira.I don’t know where that money came from.”

Odimayo who said she has lost three major endorsement deals as result of the wrong and negative information being peddled about her, also added that she was not the one responsible for her current health travails, insisting that Mrs Ogunba is currently in the hospital because she of liposuction surgery she did.

ActionSA to put forward its own mayoral candidate to replace DA’s...

I destroyed my life because of love for money and fame_Bobrisky’s...