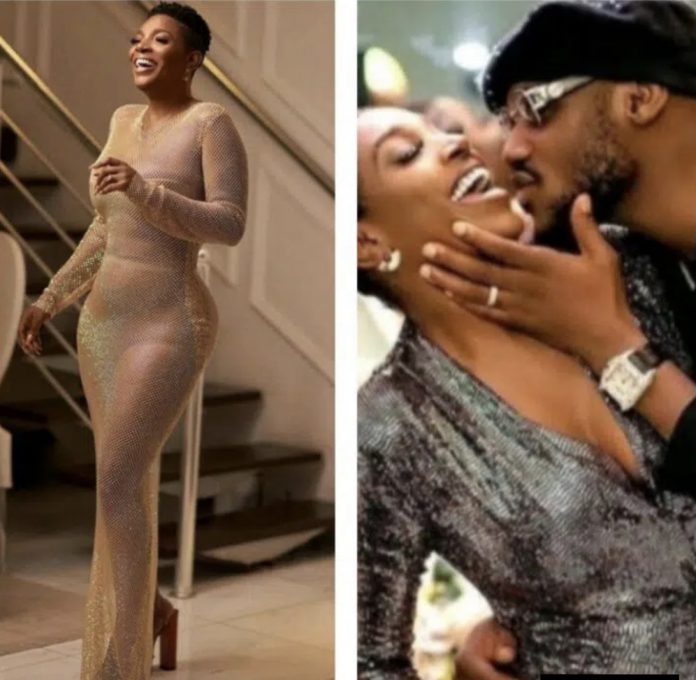 Nollywood actress, Annie Idibia has caused a buzz online over her marital drama with legendary singer, 2face Idibia.
The entrepreneur has been made a laughing stock on Twitter after a tweep compared her to Jesus Christ.
A netizen had asked people to name a character who has suffered the most than Jesus.
“In your opinion, who’s a character that has suffered more than Jesus???”.
A tweep who reacted to his post, mentioned Annie Idibia as a character that her suffering can be compared to that of Jesus
Annie Idibia”.
The post has gone viral as many mocked the actress for enduring pains in her marriage.
Some even compared Annie to Chioma, who has been putting up with Davido’s babymamas and cheating habit.
mantha___1: She don go through alot
prayerful_chizibel: Lol stray bullet don touch person wey dey pass through a lot
this.is_niaaaa: Wow!! No lie Sha!
iamc.assy: No lies told
annie_haira_extension: That woman has a big heart. Tuface suppose to fear her o
mss_ogecho: Really? The way you people mock others ehen it’s really heartbreaking blogging now is so toxic
beripounds: Ah Omo this is deep I can’t hold.on laughter
miss_talithamor: No naaaa no…….that right there is violation……. Personally I won’t have it
ayoka_johnson: Jesus! This is not nice na
queeneth_gulsy: She’s a strong woman
sandy_special22: This is so wrong how do u want her to feel after seeing this
blavq_mia: That was harsh thou
darabong: So sad. It’s not funny pls stop making a joke out of this
da___princezkerst: This is disrespect.

Our priority now is to unite Minority Caucus – Armah-Kofi Buah

M.I reveals lover, prepares to get married in 2022