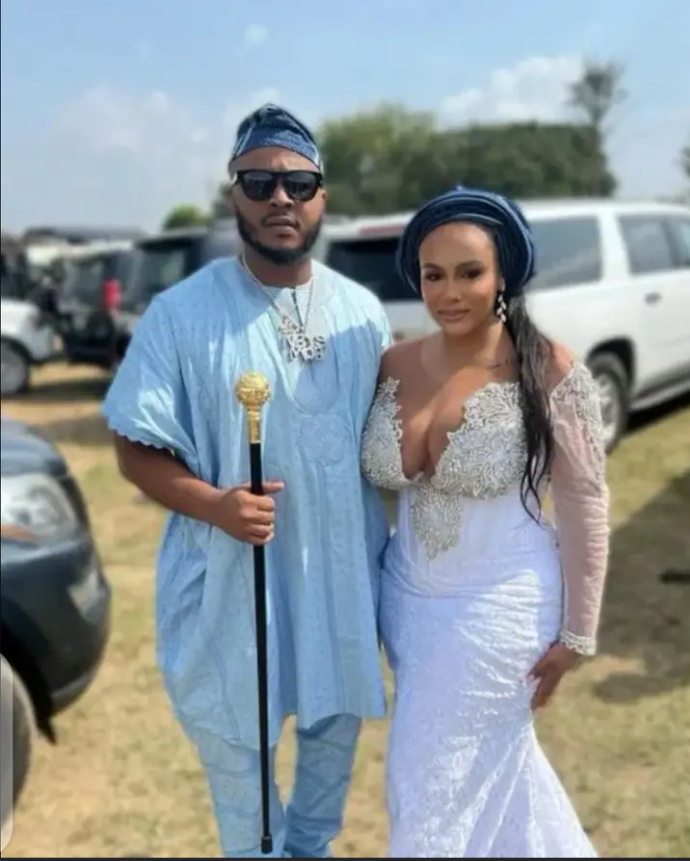 Korth, the estranged wife of singer, Sina Rambo, has slammed him over an unpaid hospital bill for their daughter’s birth in America.

The mother of two accused him of owing Northside hospital, Atlanta, $48,000 for their daughter’s birth and said that the hospital has been calling her for the payment because Rambo gave the hospital her number and email instead of his own.

She made these revelations via her Instagram page on Friday.

Part of the Instagram posts read, “Sina Rambo is owing Northside hospital Atlanta 48,000 dollars which he hasn’t paid for the birth of his daughter #northsidehosp. He gave my phone number and email instead of his and they have been calling me since from America about the bills.

“At this point, I don’t care whether they revoke her American passport due to nonpayment of hospital fees. I’m ready to give her a German passport as her mother. Sina leave me and my kids alone. And go pay your debt.“I have said I do not want a penny from him and I am capable of taking care of my child by myself, with God by my side. Sina Adeleke, leave me alone! Marriage is not by force.”

Bullgod stirs up Ghanaians to Troll Black Sherif If He Does...