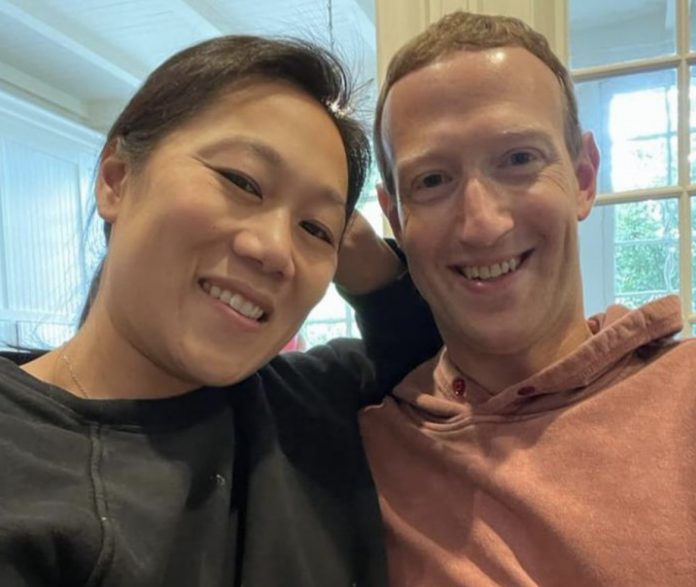 Facebook boss, Mark Zuckerberg has announced that he and his wife are expecting their 3rd child.

While sharing a photo of himself and his wife, Priscilla, with his hand covering her stomach, he announced that his two daughters, Max and August, are getting a sibling in 2023.

“Lots of love. Happy to share that Max and August are getting a new baby sister next year!” he wrote.

The 38-year-old Zuckerberg met Priscilla Chan, 37, in 2003 when they were both students at Havard and started dating seriously in 2010 and got married in 2012.

In December 2015, they welcomed their eldest daughter Maxima while In August 2017, their second daughter followed

Meanwhile, a recent Bloomberg report revealed the Facebook founder has bled a significant portion of his wealth.

Zuckerberg was worth $142 billion in September 2021, but as of Tuesday, September 20th,  his net worth was reported at a mere $56 billion.

That has dropped him to 20th among global billionaires – his lowest spot since 2014.

The New York-born billionaire has seen his fortune steadily slip away since he launched Meta, Facebook’s parent company, in October 2021.

Poll puts Bulgaria ex-PM Borisov back on top but short of...

Tems defines God as her success, not talent