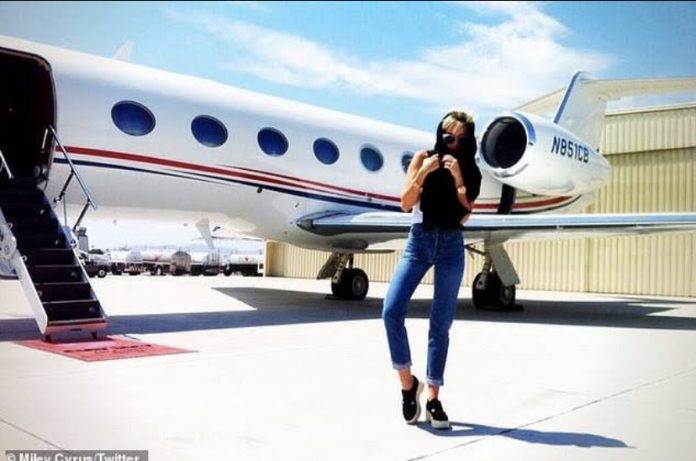 A plane conveying popular American singer, Miley Cyrus, her music team and her family, has been struck by lightning in Paraguay.

However, they were all fortunate to escape death after the incidence as no life was lost but all their properties were destroyed by the plane midair.

The singer and her family were travelling to Paraguay to perform at the Asunciónico music festival before the plane made an emergency landing following the scary incident.

While sharing the incident on Instagram, the singer told her followers that their plane was struck by lightning.

She shared the picture and wrote: “To my fans and everyone worried after hearing about my flight to Asunción. Our plane was caught in a major unexpected storm and struck by lighting.

“My crew, band, friends and family who were all traveling with me are safe after an emergency landing. We were unfortunately unable to fly into Paraguay. I LOVE YOU.”