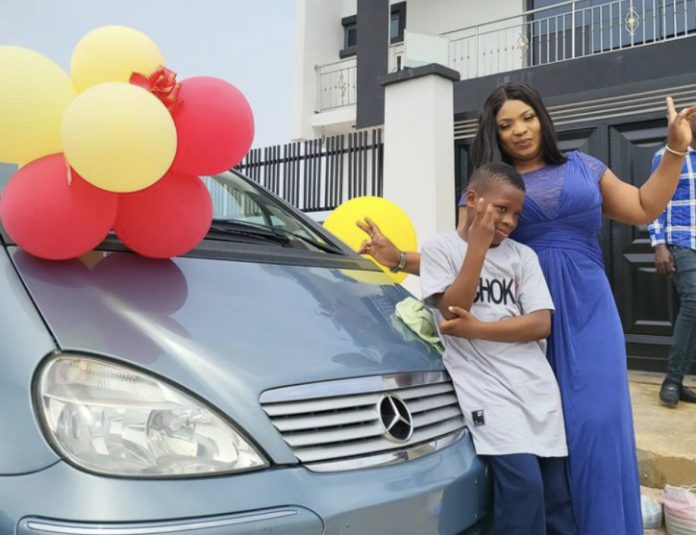 Laide disclosed that Simi initially begged her to buy her brother a car with her (Simi’s) allowance.

In a picture posted by Laide on Instagram, wrote: “From a 13-year-old Simi To her nine year-old brother, Dammy.

“I’m blessed indeed. Aliamdulilai for everything. Love lives in my house. I don’t hunt for it anymore. Allah be praised always #youngestbillionaire.”

The actress recently got her third luxury car, a Mercedes Benz, in one month.

In May, the actress celebrated the acquisition of her two new cars, a Toyota and a Lexus.

Femi Kuti receives new saxophone from his sister as a birthday...