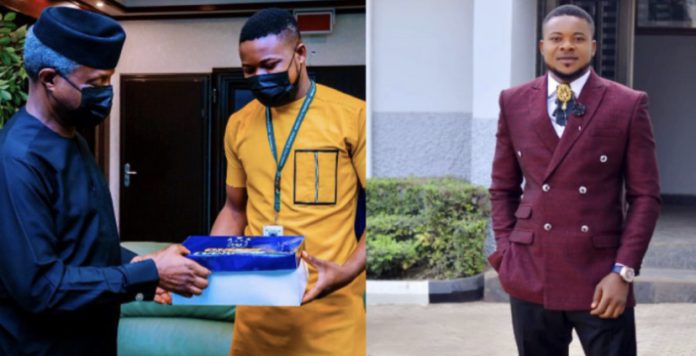 He was notable for selling shoes to Vice President Osinbajo and Senator Dino Melaye.

A tweet, suppose to have posted by his family member on Sunday declaring his death was made on his Twitter page.

“Painful exit! Call to Glory. The CEO of OJ Best footwear is Dead.”

Kate Henshaw, who described him as one who was dedicated to hiscraft, went on Twitter to express her grief over the death of the young entrepreneur.

The 50-year-old, who gave the shoemaker a boost in sales after retweeting his tweets thanked him for sharing his gift to the world.

“He was very dedicated to his craft..Met him when I ordered some footwear from him. He delivered them himself. Thank you for sharing your gift with the world. Rest on bro, rest on from the cares of this world,” she wrote.

Also, the President of Nigeria, Prof Yemi Osinbajo, has described the death of

OjBest as a sad and heartbreaking news.

More pain as Eskom ramps up load shedding to stage 6