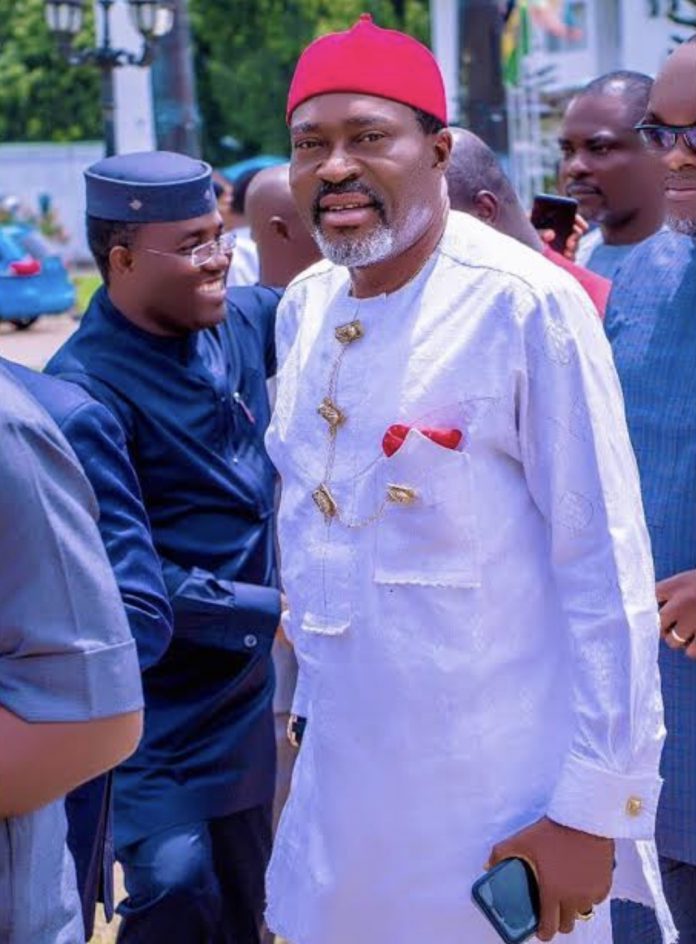 On Sunday, veteran actor and lawyer, Kanayo Kanayo, has celebrated his 60th birthday at the Muson Centre Onikan, Lagos.

Family, friends and associates of the actor were present in their numbers to congratulate him.

While appreciating God for adding to his age, he also thanked his family and friends for the backing they have given him over the years.

Kanayo had two birthday entries. One was in all-white attire while he showed up in a bowler hat, a traditional red cap worn by chiefs in Igboland for the second appearance.

He was later joined by his children on stage in to cut the birthday cake in a session anchored by popular comedian, Ayo Makun, aka AY.

The actor also used the medium of his birthday celebration to launch his new ‘The Kanayo O Kanayo Foundation’ at the event.

“Why I visited the Ooni’s palace” — Actress, Nkechi Blessing opens...