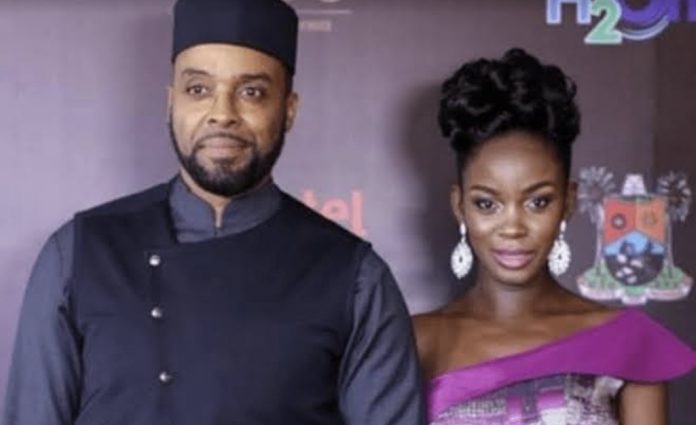 Nigerian actor, Kalu Ikeagwu has pleaded that the Ikeja high court should eliminate his six-year marriage to Ijeoma, wife.

The actor is also demanding full custody of his three-year-old son and 10-year-old step-daughter.

Ikeagwu claimed that his wife escaped their matrimonial home and prevented him from gaining access to their two children.

On Monday, under cross-examination by S.I. Amedu, his wife’s counsel, Kalu said Ijeoma left their matrimonial and sent him a mail that she was on her way to her father’s house in Enugu.

He, however, said opposite to her claim, he saw her at the Murtala Mohammed International Airport with the children after some days.

“I got back home from a trip on Aug. 4, 2021, to find out that my wife had left our matrimonial home with the children to an undisclosed location,” he said.

“I tried to contact her when I got to the house and found it empty. I sent her an email on that same day and she replied that she had gone to her father’s house in Enugu.

“She told me she was at her father’s place in Enugu and four days later, I saw her at the airport in Lagos, heading to God knows where. In the mail she sent, she said she was In Enugu.”

The actor also rejected assertions that he sent his wife and kids out of the house and failed to provide for their upkeep.

He said, “I did not send her out of the house. Someone has to tell me why it takes four days to get to Enugu from Lagos.”

“If your say ‘you are on your way’ it means it is a continuous sentence. It was a stated fact that she was on her way.”

My worst experience is getting pregnant out of marriage – Adunni...

With your money, you can make it to the top chart...