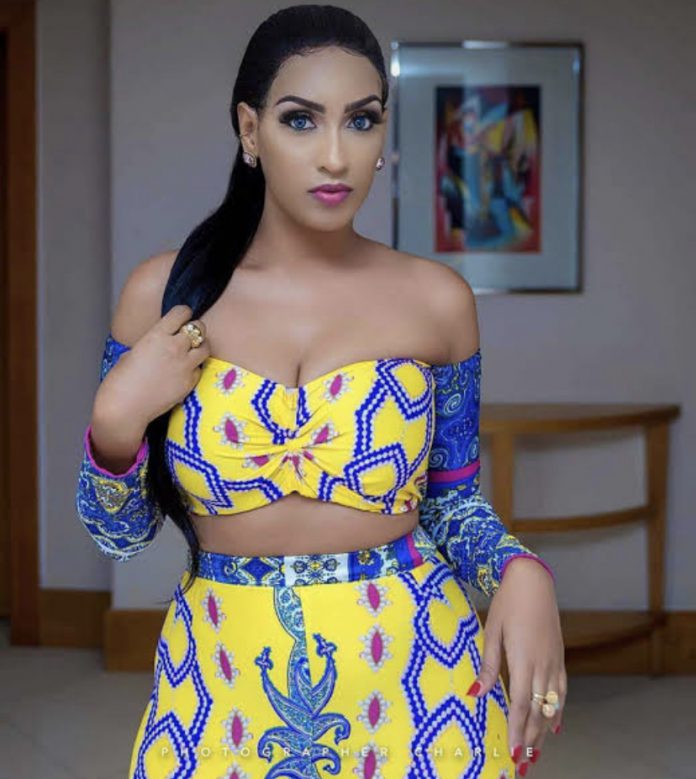 Nigerian actress, Juliet Ibrahim has revealed how she was camped and raped by a man she was in a dating relationship with.

According to her, though she keeps telling her then-boyfriend to stop it, he still forces his way to sleep with her. “I kept saying no, stop it, stop it but he will pin me down to do whatever it is“.

Juliet narrated this during a conversation ‘With Chude’ TV show.

She said the former boyfriend will rather be smiling and saying“don’t worry, and you are kissing whilst I am crying that means youare a rapist“.

She said, “he locked me up in the house for some days until my sister Sonia came to find me“ and was scared of the guy because hewas thick and tall.

The actress who is also the ex-fiancée of Safo Kantanka Jnr said, “I was scared because what do I do, this guy was huge, he is taller than me and imagining someone like this pinning you down. He can raise me up and pin me against the wall. You are against the wall and you can’t do anything.”

She, however, did not disclose the identity of the ex-lover but warned fellow women to speak against such forceful sexual encounters if even it is from their husbands.

“In those kinds of cases you can not even explain, who do you go and tell? Who is going to come and fight for you? At that time you are naïve but ladies you can report it now, go and report. if your husband is forcing you to do when you are not in the mood, it is rape.”

Nigerian Idol sets to return with Popstars as Judge