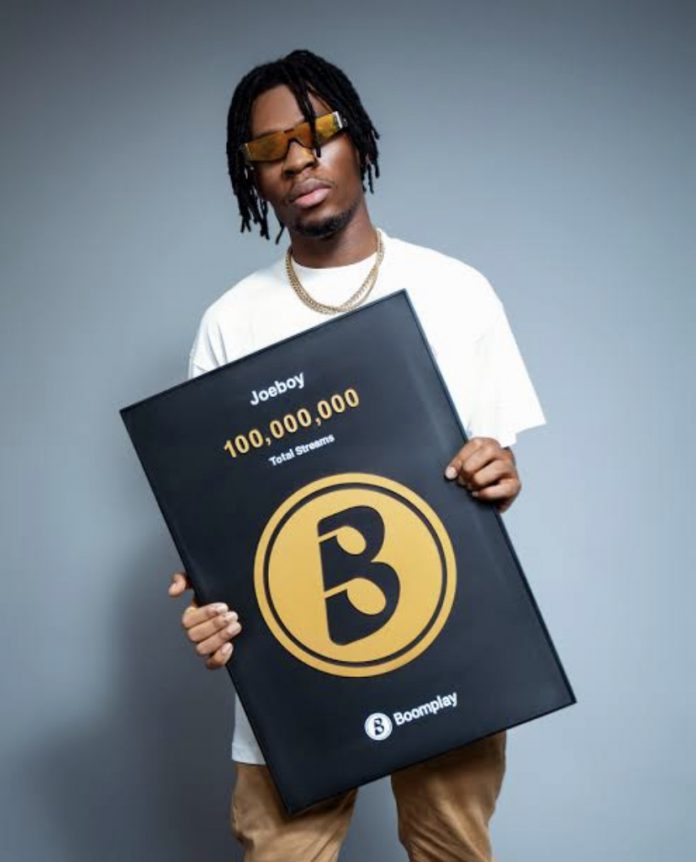 Joeboy who gained mainstream prestige with the release of his single “Baby” in the summer of 2019 is the second artist to achieve this feat on the platform. He now joins Burna Boy at the Duo-Golden club of artistes who has earned that.

In February last year, the he received released his first album “Somewhere Between Beauty & Magic”, go on to be streamed over 60 million times while his most recent single Sip (Alcohol) became his most-streamed single with over 50 million streams as well as being the third most streamed song on Boomplay in 2021.

His songs is enjoyed a total of 2,799 playlists and it is presently being listened to in 163 countries worldwide via Boomplay.