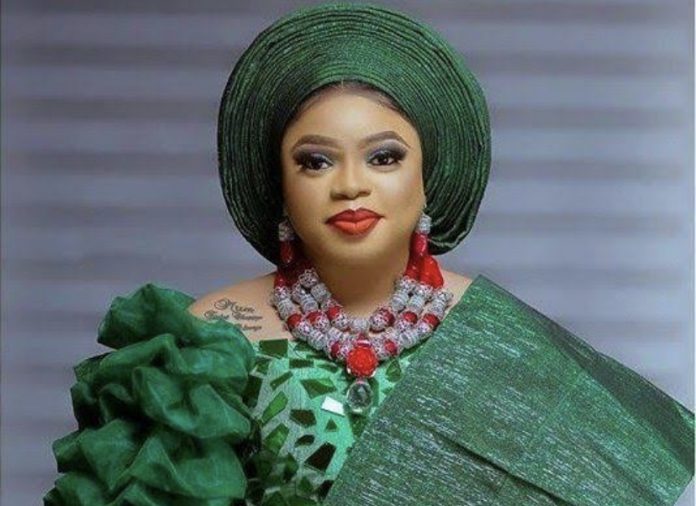 Cross dresser, Bobrisky has been accused by a jeweller for allegedly obtaining gold on credit for his birthday shoot and refusing to pay.

This follows moment after Borisky via series of Instagram posts derided her former bestie, Tonto Dikeh over a debt running into several millions.

Reacting, the jeweller in a series of Insta story posts claimed the Instagram celebrity’s outburst on social media about Tonto Dikeh provoked her action.

The jeweler described Bobrisky as a pretender and clown, adding he is a heartless to owe a debt for so long a time and refusing to offset it.

The jeweller challenged the cross dresser’s order in calling out Tontolet over her debt when he also is a debtor.

The jeweller however, begged her lawyer for giving rise to the matter to public notice seeing the case was already before a court of competent jurisdiction.

The post reads: “You collect my Gold you refused to pay for how many months again? You even have the guts to use my Gold you no pay for they do your birthday shoot and all, And you dare call out some. Bobrisky you are bloody hypocrite and a clown.

“Who is this boy weed supplier again?? So you can call someone out for holding your money interesting so you know you are heartless and wicked. Let me just calm. I’ll be back on your matter. Onigbese Jatijati.

“If you live in glass house no dey throw stones2 Some people are just so shameless.

“No we do not sell gold on credit nor do installment payment, we only do cash and carry, it was just an unfortunate situation.

“My lawyer am sorry. The case is in court already tho! Will patiently waiting for the final judgement like have been waiting for almost one year now.

“I was just triggered seeing pot call kettle black, accusing someone the same thing you did/doing to me fake life/hypocrites everywhere.’’