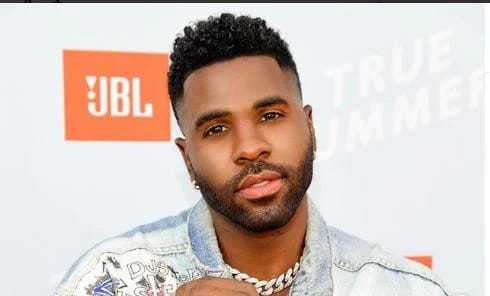 American singer, Jason Derulo punched two men in Las Vegas for trolling him and calling him the name of another R&B popstar, Usher Raymond.

Derulo was reported to be on an escalator in a Las Vegas hotel when a guy trolled him.

The report disclosed that the man yelled at the singer saying, “Hey, Usher! F*** you, bitch!”. At that instant, Derulo bounced on the man and punched him right in the face.

It was also reported that Jason slapped the second man a few moments later, which led to an intervention of security operatives.

According to the video shared by TMZ, Derulo had charged at the guys despite being escorted by a large man, assumed to be his bodyguard.

Although the two victims didn’t press charges on Derulo, he had gotten a trespassing notice from the hotel where the fight broke out. This led to him being removed from the property.

According to Page Six, the singer was handcuffed and carted away by security personnel after the incident.

Relationship expert tells women to ask for protection when in doubt...