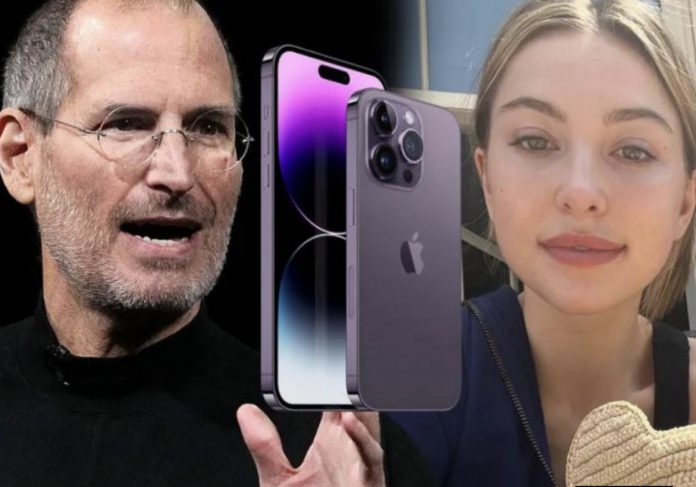 Tim Cook’s Apple has failed to impress late boss Steve Jobs’ daughter, Eve, with their latest iPhone 14 model.
Steve Jobs’ daughter is saying users who upgrade from the iPhone 13 to the iPhone 14 won’t enjoy anything different from before.
Reactions in comments mainly were in agreement with Eve.
Some people further pointed out a lot of the tech specs between the iPhone 13 and 14 are the same.
Unfortunately, Eve Jobs isn’t feeling the new iPhone 14 that much after saying it is the same as the previous edition.
Eve jobs reacted to Apple’s Wednesday announcement of the new iPhone 14 by posting a popular meme while adding her own shade twist.
They mentioned the screen size, refresh rate, storage, CPU, and cameras.
Eve’s jab hits a little harder simply because many believe Apple’s innovation took a hit when Steve died.

Rita Dominic, Fidelis Anosike to have their white wedding this weekend...