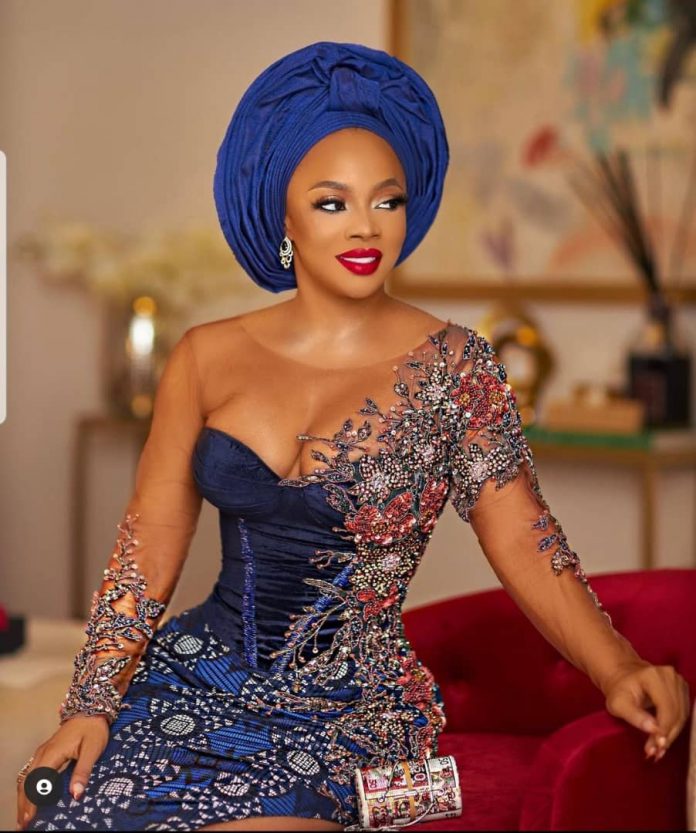 Media personality, Toke Makinwa has said that those who claimed are lavish and luxurious lifestyle is being funded by a wealthy man should bring the man to her house as she was yet meet him.

When asked “Who is funding your lifestyle, the ikoyi mansion, expensive lifestyle and luxury” Toke Makinwa responded saying “Jesus…I am still trying to find the rich man who they say is funding me”

In a recent interview she granted Chude Jidenwo in his series,  Makinwa queried the young people of today who just want to succeed without putting in the work.

According to her, working hard and making the right connection will open doors of opportunities but many people see the glory and don’t want to care about the years I have had to out into my career to make it to this level.

Speaking further, she said “it is the same way people can look at me now and say i got it all easy but if you have been following my career, and seeing the hardwork I put in, you should ask me what i am doing with my life if by now i am not enjoying all i am enjoying now from my hardwork”

Talking about her late parents, Toke Makinwa said “My mum was 33 with 4 kids when she died….I am 36 with no kids and i can’t even imagine what went through her mind the last moments knowing she might not make it and leaving 4 kids behind…..”

When asked about her take on the Church today, Toke Makinwa said “I am not a fan of Daddy Freeze because he hurt me, we used to be friends but what he did in the past couple of years on Churches was necessary. The kind of stories we hear about churches today is embarrassing…I think God has left the church, but seeking personal relationships with his own, some church practices, doctrines, money consciousness is just ugh…I want to learn to know God on my own….there are people singing in the choir and church workers who need help but church doesn’t do anything to help but collect money….

On her failed marriage to Maje Ayida after he cheated on her, She said “I am going to be very honest, could i have stayed if it wasn’t so public, maybe but i will tell you one of the determining factors for me cos i come from a traditional setting that says the legal wife is the main women even if he has side chics but if i had stayed with him, he will have killed me. Two, I wasn’t convinced it was a mistake cos i knew it will happen again”