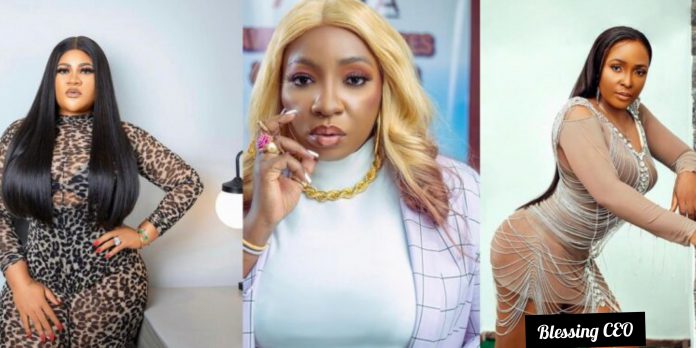 Self-acclaimed relationship expert, Blessing CEO has cautioned celebrities who told her to desist from talking about the IVD and Bimbo case.
Blessing who believes that IVD was the victim of domestic violence in his marriage to Bimbo, took to her social media page to drop proof that backs up her claim despite IVD being in police custody for the death of his wife.
Meanwhile she had posted earlier that Bimbo’s family was after IVD’s property and that Bimbo killed herself because she had always been suicidal.
However, Nkechi Blessing and Anita Joseph commented on her post urging her to stop dragging the dead and put the issue to rest but the relationship expert refused to heed the warning.
Blessing went live on Instagram instead to warn all celebrities to steer clear of her DMs because she was only doing her job and they would not be the ones to tell her when to speak up