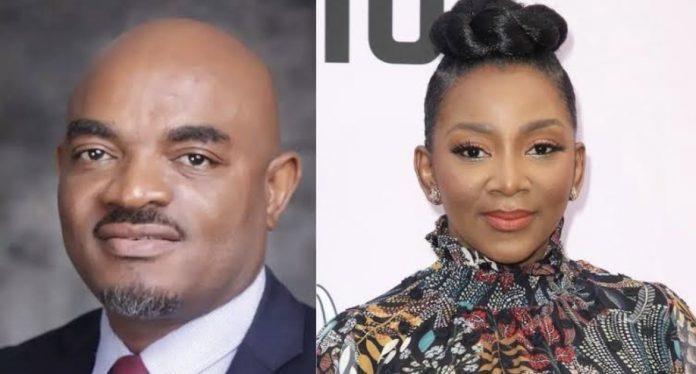 The National President of the Actors Guild of Nigeria (AGN), Emeka Rollas, has said he will contact Genevieve Nnaji following assumptions that the actress was undergoing a mental breakdown.

He disclose this on Tuesday after the actress’ deletion of her Instagram posts caused public panic.

Rolls said he was not aware of the actress’ departure on Instagram but promised to reach out to her and find out if she was in good health.

“Maybe I will have to reach out to her since I am just getting this news from you now. I have not learned of that,” he said.

”I will reach out to her to know whether she’s safe or not after your call. I cannot just conclude with hearsay or rumour.”

Genevieve took to her Instagram story in the early hours of Wednesday to share a video of herself painting.

This came hours after rumours that the actress was hospitalised over a mental health crisis surfaced online.

In the video, the actress is seen smiling while she painted.

In the caption of the video, Genevieve simply wrote: “mindfulness”.

Over 8,000 Green Ghana seedlings found at refuse dump at Offin...