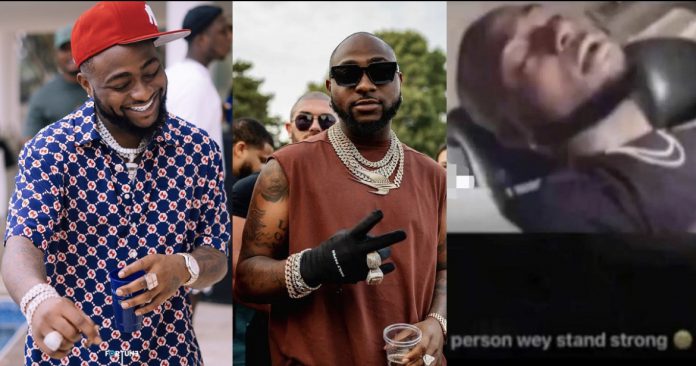 Nigerian Afrobeats singer, Davido has reacted to his sleeping meme that went viral some days back.

The “stand strong” crooner in the viral picture was seen sleeping in a car while Netizens captioned the meme with, “see person wey stand strong”

Responding, Davido, who said the meme made him laugh for over an hour, reshared the post and threatened to fight the person who captured and released the photo.

Davido wrote: “If I catch this person, na fight.” He added: “I don dey laff for one hour straight.”

Respect those who make it without social media – Yomi Casual