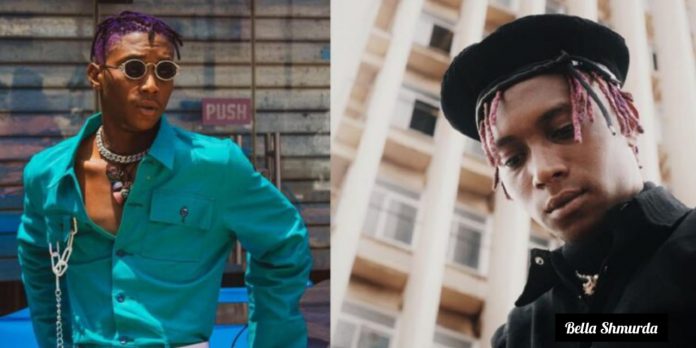 Nigerian singer, Akinbiyi Ahmed, popularly known as Bella Shmurda, has revealed his past lavish lifestyle which resulted to bad financial decisions he made earlier in his career.
While speaking in a recent interview, Bella stated that he wished he could go back in time to undo some things.
According to the ‘vision 2020’ crooner, he used to have money but, rather than spending it wisely, he rushed things.
The singer recalled how he once squandered two million naira in a club in one night, bought three cars at once because he wanted to always pull up in a convoy with his friends.
He said he now knows better and understands that it is dangerous to imitate another star’s lifestyle since their incomes are different.
Meanwhile, he revealed that the days of lavish lifestyle are over, so moving forward he’ll carefully plan his earnings and make better financial decisions.
When asked if he can still spend two million in one night, he replied, “Not on drinks.”
“I used to have money, like money but I rushed things. only if I had sense that time. I was just buying a lot of things, thing I wouldn’t eventually need. So at this point as I’m getting new money I have to think about every move I want to take”, he said.

Erica replies after she was unfollowed by many on Instagram

Peruzzi advises people posting their private problem on the internet.