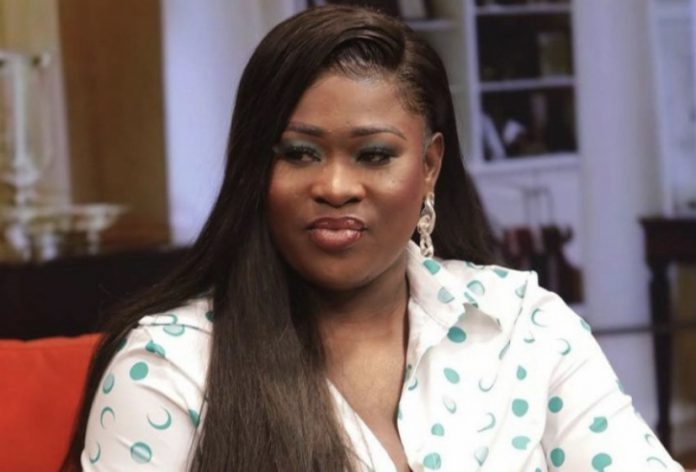 In a video which trended online recently, a ‘macho man’ was seen storming the studios of Accra FM during a live show to demand his “money” from Sista Afia.

The video shows the man standing in the studio where Sista Afia was having an interview. She seemed surprised in the video about what the ‘macho man’ was doing.

But as African Entertainment previously reported, a section of the Ghanaian public have said the video was shot primarily for publicity purposes and that Sista Afia does not owe the man any money.

He wrote on social media: “this has to be the weakest prank ever. What’s this? Just trend a song? Lmao sad?”

However, in an interview with Nana Ama McBrown on the United Showbiz monitored by African Entertainment, Sista Afia said “people say it’s a stunt but I don’t blame them.”

Meanwhile, she revealed that “where the issue has gotten to has become very tricky. I have given the person an ultimatum to reveal the identity of the one who sent him. He should name the person who sent him because clearly he was sent. I don’t know him from Adam. I usually walk with six guys and clearly he isn’t a part of them.”