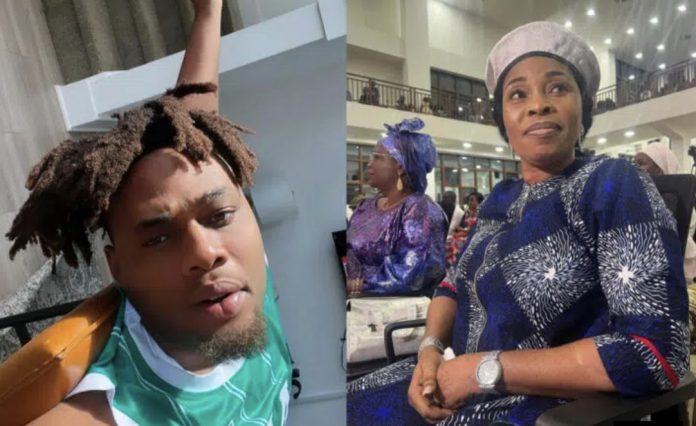 It would be recalled that Tope Alabi was criticized online a few days ago over her tribute song to late England’s monarch, Queen Elizabeth II.

Tope Alabi, who tried to join other celebrities in mourning the late queen, shared a video on her Instagram page with a song that claimed the old monarch died too soon.

“When I heard the news I was shocked and sad, though it’s better on the other side, I know it is peaceful on the other side, but we are pained you had to leave us this soon. We don’t want you to leave, we didn’t plan to pay tributes to pay this soon, you love everyone and you are so kind” the lyrics of the tribute song reads in part

Following this tribute, Buju took to his official Twitter page to comment on Tope Alabi’s recent display on social media, announcing that he needs to have Tope Alabi on his album.

He tweeted: “I need Tope Alabi on my album.”

Meanwhile, the post were filled with alot of mocking captions. A user identified as Dumebi claimed Tope Alabi won’t be available for collaborations because she is mourning the late queen of England.

dumebiblog: Yeah! Tope Alabi and awilo…. That will be fire. I don’t think she’s available now for colabs though, she’s currently mourning the late queen of England. 😏😏😏😏😏

callme_teemah: You wan carry mama go where she no know😂

white.marshmallow__: I doubt she will want to do that , you sing secular music dude.

Kanye West told me “My career is over” – Kim Kardashian