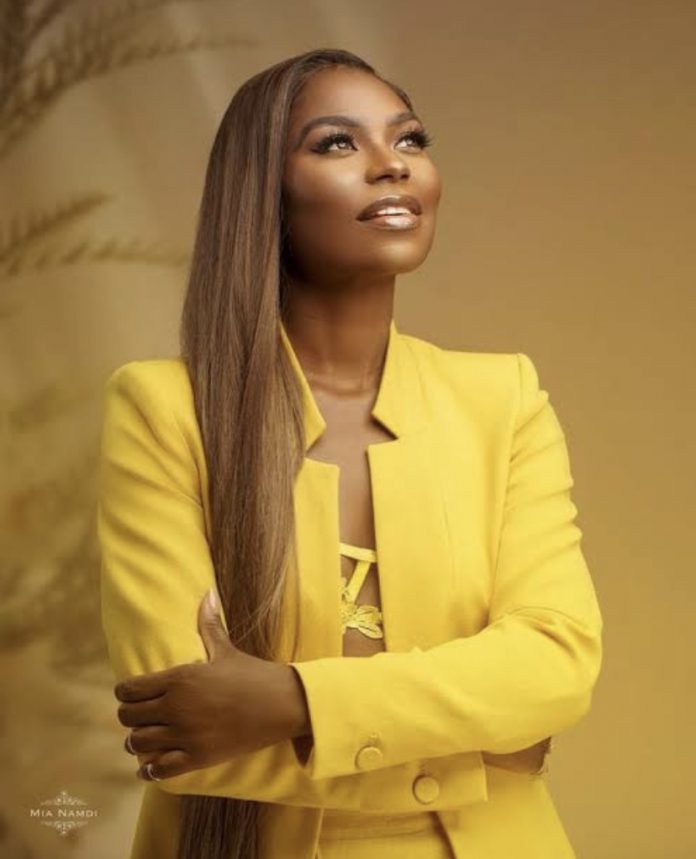 Popular singer and songwriter in Nigeria, Eniola Akinbo (Niyola) unveiled recently on her social media handle how she got her stage name, Niyola.

She disclosed she coined her stage name, ‘Niyola’ from her father who sometimes teases her by calling her Eniyola.

In a tweet conversation with a Nigerian freelance journalist and entertainment columnist, Damilola Olufemi, Niyola said, “My name is Eniola, and my dad would tease me by calling me Eniyola sometimes, so I coined Niyola out of it.”

The tweet chat, #TweetChatWithOluwadarmie is hosted by Damilola Olufemi (@TheOluwadarmie), where Niyola talked about her adventure into the music world and what her fans should be expecting from her.

Niyola who recently acted the character of Tolani in Kunle Afolayan’s movie, “Swallow” cleared the air that says she’s moving into the world of film. She said both the music and movie she is into do not contradict each other. Rather, she believes it’s a new way of discovery for her.

In her response to the question, Niyola said, “There’s no switching, to be honest. One thing doesn’t negate the other. However, I am in a place of discovery and there’s no knowing where that could lead. I am open to charting new or untethered paths by God’s Grace.”

She describes her experience in the movie as an effect to her mental health and “to learn a lot of things about that side of creativity, the nuances and I found out how hardworking and time-consuming acting is.”

When asked about any project she’s currently working on, the “Toh Bad” singer confirmed she’s working on some but preferred not to disclose such until it’s time to.

She said, “Yes. Quite a few actually, but I can’t share yet…”

Niyola who loves her solitude would prefer listening to music, watching anime or kiddies tv during her leisure time, depending on her feeling. It enables her time to hear her thoughts and God is in the thoughts and ideas a lot of times.

She appreciates her fans with a huge THANK YOU is the sum total of it and for the endless support over time.

Meanwhile, the “Olumoranti” singer sees music as an expression of herself through rhythm. She said, showing in a new movie is interestingly experiencing new territory. She recognizes it as discovering and sharing another side of her which was the best part of it.

Rihanna speaks on being pregnant for boyfriend, A$AP Rocky

Pasuma: I won’t stop infusing Hip Hop into my Fuji