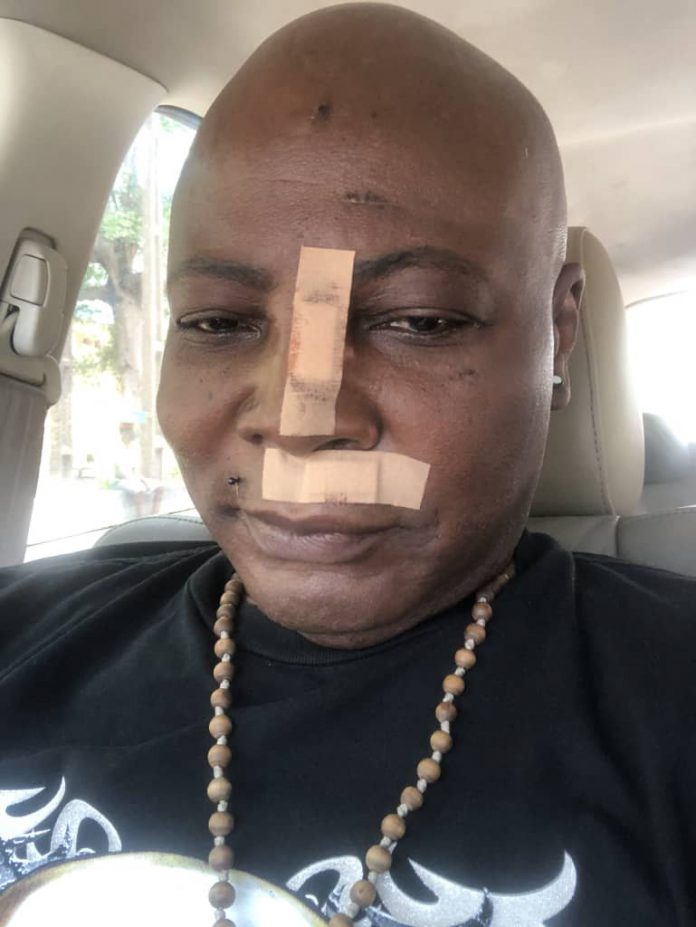 For the first time in 45 years since he has been riding bikes, controversial entertainer, Charles Oputa, otherwise known as Charly Boy survived a bike accident that left him with a bruised face.

The maverick entertainer who shared the picture of his bruised face after the incident said he was happy to be alive after surviving his first bike accident in 45 years.

Area Fada as some would call him added that he crashed from scooter bike after riding several other bikes for decades.

Describing the experience as funny, Area Fada said “After I don ride power bikes for 45yrs no scratch. Na I top scooter 🛴 I come just fall.Dis life no balance ooooo.”