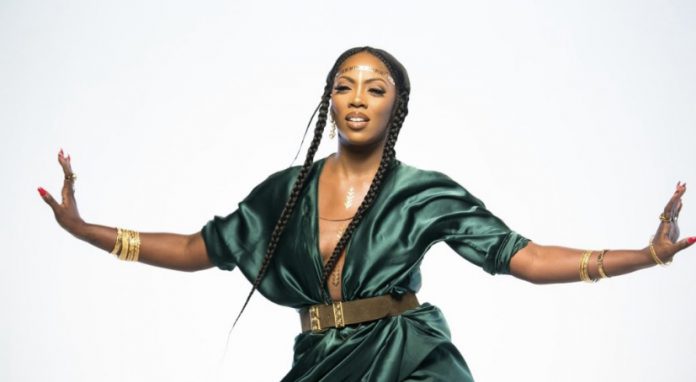 Afro-pop star, Tiwa Savage has revealed some more personal stuff about herself as she shares fun facts about herself.

Recently, the singer has been answering questions about herself in a new video series she’s has been sharing with fans via her Instagram page.

The video series is part of the promotion for her latest global hit single, “Somebody’s Son”, featuring American singer, Brandy.

In a recent video titled “5 FUN FACTS ABOUT TIWA SAVAGE” on ‘CATCHING UP WITH TIWA: Episode 5/5’, she revealed five things about herself most people may have absolutely no knowledge of, like her favourite food, dislikes and the reverse.

She said: “I don’t like wearing heels. I can’t cook really well, Nigerian dishes though. I don’t like cooking but I can.

“I don’t like frying, I hate… I don’t like wearing make-up. I actually don’t wear foundation. I stopped that about 3 years ago.

“Bread is my favourite food.”

84 Krugersdorp suspects back in court today

Kanayo O. Kanayo says promulgator of his death rumour will not...