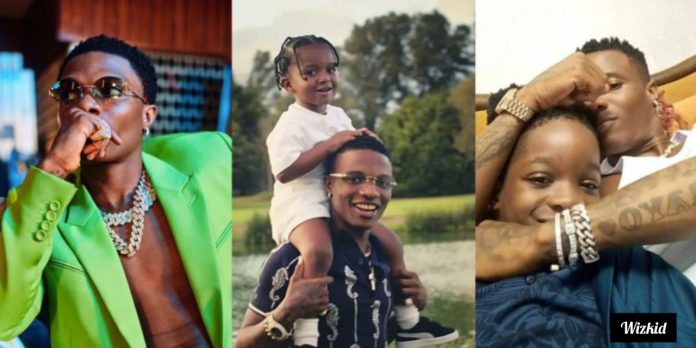 Nigerian Superstar, Ayodeji Balogun, popularly known as Wizkid, has revealed he’s now more careful with the lyrics of his songs because of his children.

Wizkid, who made this statement in a recent interview with Newsmen, admitted that having kids has made him more cautious about the contents of his songs.

According to him, he’s now careful about what he puts out there because his kids listen to his songs.

”Now I am more careful with what I put in my songs because my kids listen to my songs.” He said.

Speaking further, The father of four added that,

“Alongside managing my ego, one other aim for this new chapter is to live forever. I recently went to see Bob Marley’s musical, ‘Get Up, Stand Up!’ I was like, ‘Yo, we’re watching a Bob Marley play, and this guy died decades ago. Bob Marley did so much at a young age I didn’t even know that he died at 36. It just reaffirms what I do, and I have to keep taking this to the highest heights. Because I know one day, they are definitely going to create a play about me.”

Meanwhile, Wizkid and his manager, Jada Pollock recently welcomed their second child together.

Jada shared a photo of herself and her two kids with the caption; “Beyond a blessing 🖤 Thank You God for another year!”

‘Multiple Fatalities’ In US Walmart Shooting

Motion of no confidence against Mpho Phalatse withdrawn

O2 Arena: David appreciates fans on the success of concert