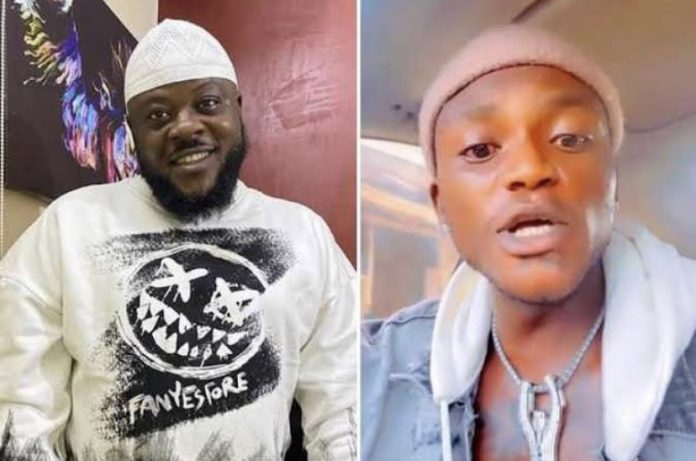 Yusuf Adepitan, known as Danku, a former manager to singer, Habeeb Okikiola, popularly known as Portable, has said he is happy the working connection between him and the singer has ended.

“Contrary to what Portable said, I am not indebted to him in any way. I had been fuelling my cars with my money and living large before I met him. I did not cheat him, neither did I covet his money. On the other hand, he is the one that is owing me. He borrowed some money from me, although I cannot disclose how much in particular.

However, I need to say this, Portable was hired for some shows abroad through my contacts, and he must perform at the four shows in the United States of America, the United Kingdom and the Gambia. Otherwise, he should refund the organisers,” he said during an interview.

Danku, who has worked with other singers such as Oritse Femi, D’banj and Davido, maintained that he was actually fed up with managing Portable. He said, “I feel better now, and I am even busier with work. People are tired of Portable’s misbehaviour.

Managing artistes, whether cool-headed or hot-headed ones, is my profession. My job, as a promoter, is to help them become better. But, I cannot work with such a person. However, I have moved on, and I don’t have time to think of anyone else’s issue.”

IEBC yet to begin verifying presidential results as Kenya remains on...

Myself and Wizkid are not enemies – Burna Boy

Lala Akindoju: Government does not care about the lives of Nigerians.