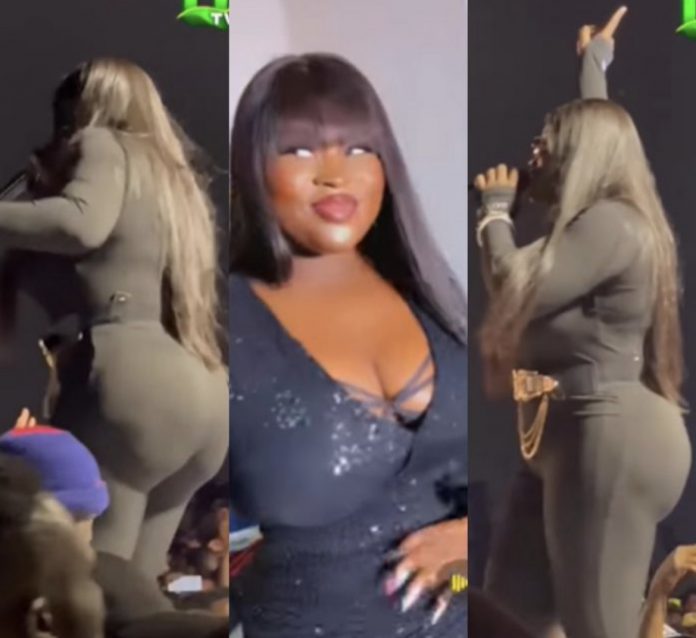 A video of a Ghanaian Singer and Songwriter, Sista Afia has stirred massive reactions on social media as her ‘artificial butt’ dropped low during a performance.
Netizens have reacted to the video of the singer who rocked the stage at ‘Stonebwoy’s Ashaiman To The World Concert’ in an erotic dress where her silicon nyash was on full display.
The ‘Asuoden’ crooner outfit to the program which outlined her figure outshined her performance as fans are bashing her over what they supposed was silicon marks!
The musician’s infamous butt plastic surgery has become the talk on social media with numerous judgy comments.
However, some social media users, said the nyash is deformed because it does not look good on her
While some said the nyash feels hard and looks disproportionate to her thighs

Sophia Momodu responds to rumour that she is pregnant for Singer...