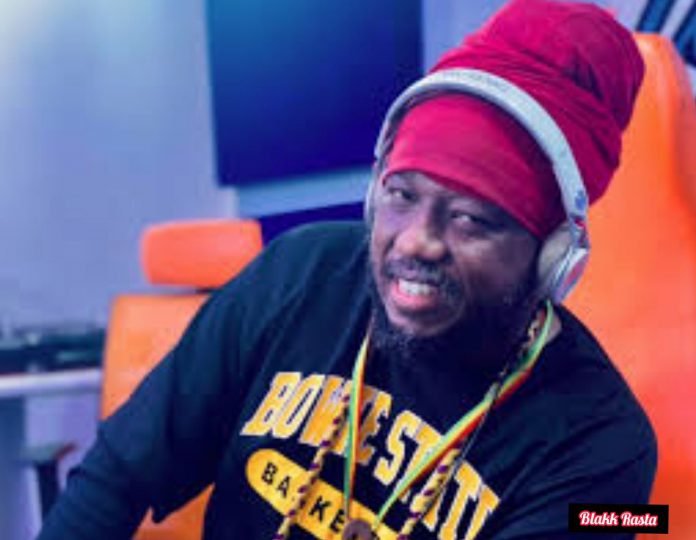 Ghanaian artiste and radio personality, Blakk Rasta is returning every trophy he has ever received from various award schemes over the years.

Blakk Rasta, who has always preached against “voting to win” at awards, made the announcement in a video posted on Instagram.

“I hardly do a thing like this but once in a while we just need to answer a few questions, you know. I have said time and again that I do not want to be part of any award scheme that has to do with voting to win.

“For me, it’s a way of buying votes. Now, if you have an award scheme, you nominate some people and then you ask the fans of these people that you have nominated to vote so that their favourite artiste can win then you go ahead and tell them that the more you vote, the more you place your artiste on a higher pedestal of winning and if the artiste doesn’t win, the biggest excuse they normally give is your people didn’t vote,” he shared.

He noted that in the past, he had been blind to the reality that these awards were bought and that deserving individuals were deprived of their achievements and recognition.

According to Blakk Rasta, he prays that people will come to the same consciousness as him with time.

“So it becomes a vote to win an award, it’s not about merits anymore. You can be the best, but as long as your people do not vote, you will be the worst. So I decided that I will not be part of this anymore. It’s done, it’s dusted.

“In the past, we were part of it. But when consciousness hit us, we decided that it was all over, and we will not do it again. Many people haven’t come to that consciousness yet. I don’t fault them, everybody has their time. Their time will come,” he added.