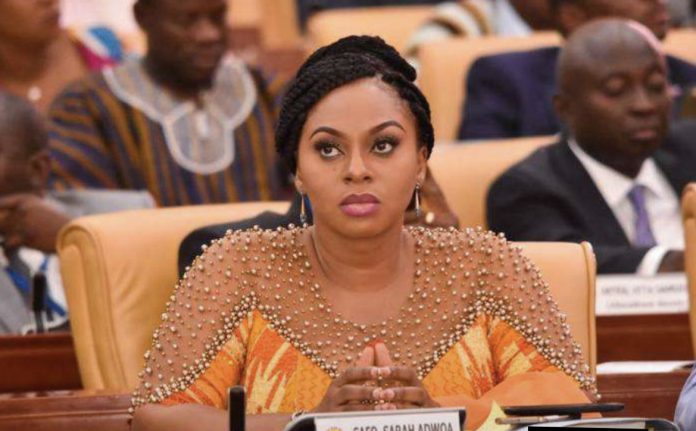 President of Ghana, Nana Akufo-Addo has finally sacked the Minister for Gender, Children and Social Protection, Hon Adwoa Safo.
In a statement released to Newsmen, the President announced her removal from her role, stating that Adwoa Safo has been domiciled in the United States for a while now and has been unable to perform both her duties as Dome-Kwabenya MP and Minister for Gender.
The NPP have proven woefully inadequate in dealing with her so far.
Finally, she’s been relieved of her executive duties whilst her legislative fate is still in the air.
A statement from the Presidency yesterday, July 28th 2022 announced her removal.

GUTA calls on Bank of Ghana to revise investment laws