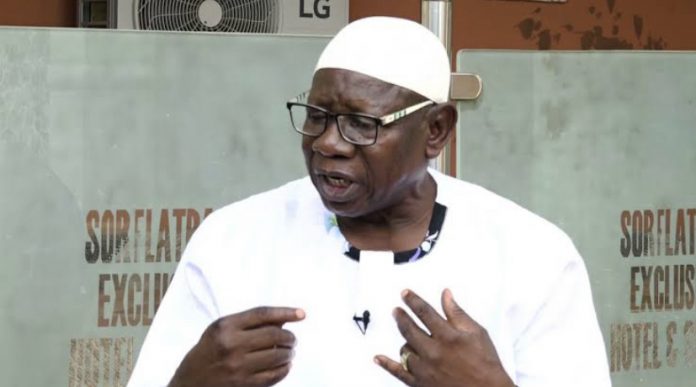 Iyanda Sawaba, who fuji fans know better as Easy Sawaba, has passed away at the age of 71.

He died in the early hours of Wednesday at the University College Hospital (UCH), Ibadan, Oyo state, where he was being treated.

He nature of his ailment was not disclosed.

Fuji musicians in the country corroborated his death via a tribute posted on Instagram pages.

In his post, Saheed Osupa described Sawaba’s death as a shock and an unredeemable loss to Fuji music.

“The news of your death came to me as a shock, it is an irreparable loss to Fuji music, however, no one can stop anyone’s journey to the great beyond when time ripens. RIP Alhaji Iyanda Sawaba Ewenla!,” he posted

Sawaba had an outstanding period in the Fuji music industry between 1970s and 1980s — a period when he fascinated his fans with some of his hit songs and albums.

Sawaba got signed to the Keji Okunowo-led defunct Sony Music in 1992 and while with the record label, he released ‘Message,’ an album produced by Laolu Akins.

Until his death, he had over 22 albums during his prominent profession including ‘Suru’, ‘Igbo Odaju’, ‘Pata Olokun’, ‘Ayetoto’ and ‘Oroseniwo’.

His last album ‘Correction’ was released in 2018.

Korra Obidi alleges her ex-husband of stealing $4900 from her