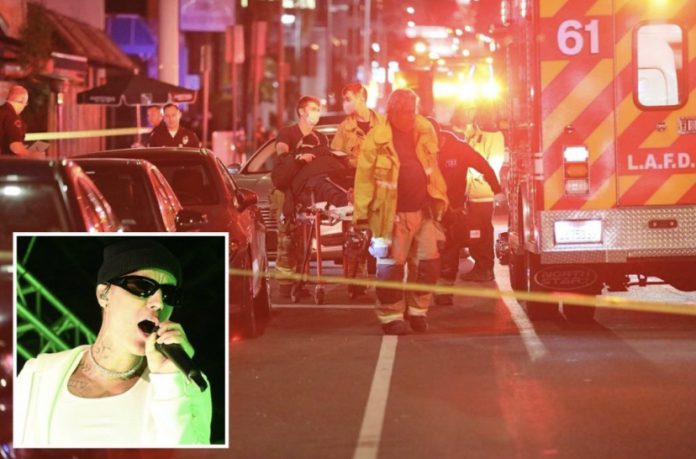 Not less than four persons have been reportedly shot after a fight ensued near an after-party hosted by singer, Justin Bieber.

The Los Angeles Police Department has said that the shooting occurred at around 2:45am, after a fight broke out.

It was learnt that a physical discussion between several people led to the gun shots discharged by a suspect who is said to have fled the scene.

Two of the victims who were shot have however been taken to a close by hospitals while the other two transported themselves to hospitals.

The Los Angeles Police noted that the occurrence was not gang-related and no arrest has been made yet.

However, the victims shot said to be are in safe condition.

Chike discloses how he sponsored his music career