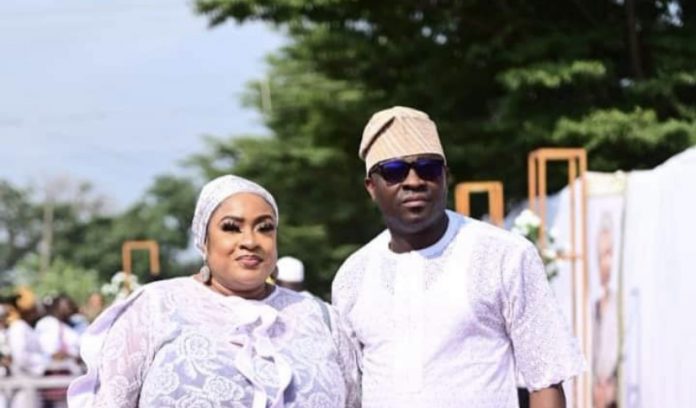 Olukayode Salako, husband to actress Foluke Daramola-Salako, has spoken against rumours about any rift from his wife, stating that they both share the same bed.

He took to his Facebook page to say that since he got married to his wife, several unconfirmed information have been written about them.

Salako said, “Foluke Daramola Salako and I still share the same bedroom. In fact, we woke up on that same bed this morning. Let those silly traders of beer parlor and pepper soup joint journalism continue to write their rubbish about us. They have been doing it since we got married.”

Mr Salako claimed that he would go on to bond with his wife even as their 10 years marriage anniversary comes up in four months time.

According to him, it has been rumoured that his wife was untrustworthy but he stated that Foluke will remain to be his wife and he’ll cater for her regardless of his political ambition.

He said, “What they want the public to believe is that Foluke is irresponsible and no longer good for me, but I say No! She is still my wife and shall continue to remain so.

“Or, rather, because I am now involved in the game of politics, I should begin to experience the share of the image-battering propaganda, which is one of the tools the opponents and enemies use to destroy images of promising political actors in the social adventure.

He urged the public to “disregard and discountenance the contents of the latest jargon, those crudely minded, lazy and misguided media people are pushing out again to insult the sensibilities and intelligence of naive and unsuspecting Nigerians about my marriage to Foluke this time again.”

“I still maintain that Foluke Daramola is a very, very responsible woman, who I can beat my chest with so that she does not mess around, because there is no evidence of such yet in my archive, since I have been living with her. And, that is why we still share the same bedroom together up till this moment.”