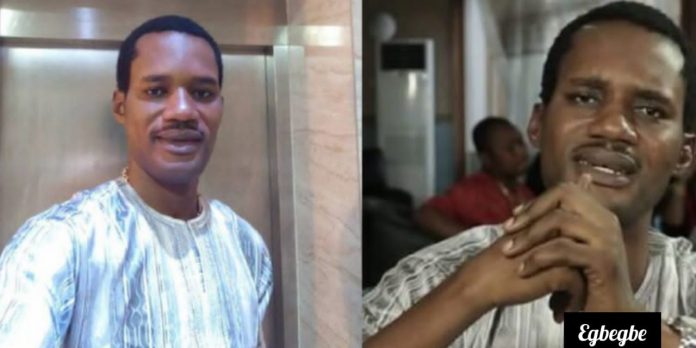 The movie producer was jailed on February 10, 2017, for fraudulently obtaining money by false pretense from no less than 40 bureau de change operators in different parts of Lagos between 2015 and March 2017.
Egbegbe, who was the boss of Ebony Production, is said to have swindled the bureau de change operators out of money by claiming that he had naira to change into foreign currencies and vice versa.
According to the state police, he allegedly duped his victims for the total sums of N39,098,100, $90,000, and £12,550.
The filmmaker, alongside one Oyekan Ayomide, was first arraigned in February 2017, before Justice Oluremi Oguntoyinbo on 36 counts bordering on advance fee fraud.
Meanwhile, the prosecuting counsel for the police, Innocent Anyigor, said Egbegbe and the other defendants acted contrary to Section 8 of the Advance Fee Fraud and Other Related Offences Act 2006 and were liable to be punished under Section 1(3) of the same Act.
His charge sheet was subsequently amended twice, with the count eventually increasing to 40.
However, after 42 months in prison, Egbegbe was set free yesterday, October 11, 2022.
The Federal High Court in Ikoyi, after reviewing his case, found Egbegbe guilty of just one of the 44 counts charged against him.
However, Justice Oluremi Oguntoyinbo declared that 43 of the 44 were thrown out because of a lack of witnesses to substantiate their claims.

I was weak while writing my new album, says Adele