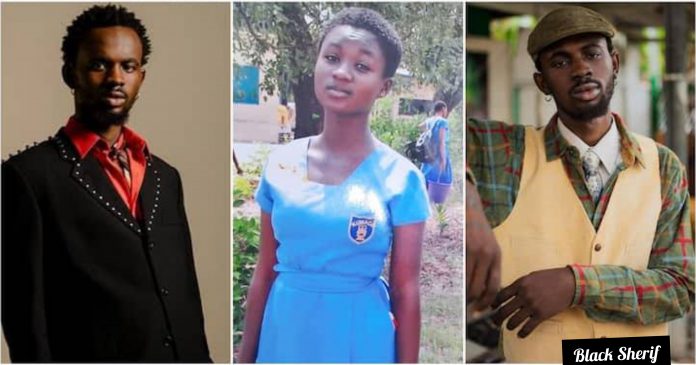 Ghanaian musician, Black Sherif is now in trouble over his recent tribute song, ‘Oh Paradise’ that was in memory of his High School girlfriend, Clementina.
The father of Black Sherif’s late girlfriend, Clementina has popped up on social media blaming him over her death.
According to Clementina’s father, he does not know Black Sherif and doesn’t recognise him as his in-law, adding that he also didn’t attend the girl’s funeral and couldn’t introduce himself to the family as her boyfriend.
However, he further accused Black Sherif of knowing something about his daughter’s death.
The aggrieved man registered his displeasure of Blacko reviving the bitter memories of her daughter coming out 5 years later with a song about her without informing them.
However, Black Sherif’s album, ‘The Villain I Never Was’ contains about 14 songs with a special tribute song to his Senior High School girlfriend, Clementina who died in 2017 at age 17.

‘I declined abortion, Portable is ignoring me” – Nigerian lady cries...