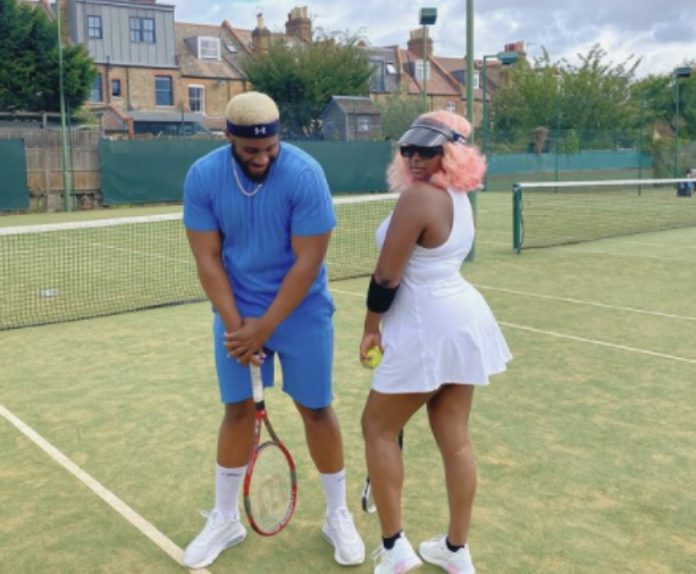 Billionaire children, DJ Cuppy and Kiddwaya, have been seen chilling together again.

They were seen on a lawn tennis court fully kitted as Cuppy is illuminated in a white short dress with a pair of shades, face cap while holding the ball and bart.

On the other hand, Kidd is seen standing close to Cuppy illuminated in a two piece light blue outfit and a navy blue head band holding his bart with his head slightly bowed as he laughed away while seeing as though he was peeping at the behind of the “Gelato” singer.

The picture conveys Cuppy may be more ready for the game with her significant look had the caption: “Who’s winning this match.”

michael_chris74 stated: “He’s obviously being distracted so we know who da winner gonna be.”

Blessing Okoro reveals screenshot of her apology to Ada Ameh before...