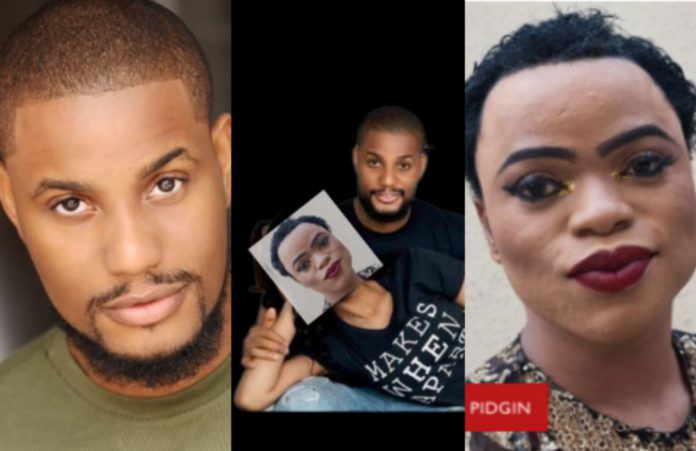 Report had it that Alexx Ekubo was tagged gay after his ex-fiancé, Fancy Acholonu, revealed that he never touched her throughout their five years of dating after he forced her to make a public apology to him, then dumped her.

In a new development, there’s a leaked chat between the two that has emerged and a lot of cats were let out of the bag.

Fancy also revealed in an exclusive chat with SDK that despite “cheating” on her with curvy women, Alexx never “performed” with them.

However, it would be recalled that gay allegations have been trailing Alexx Ekubo for years and many social media users have opined that forcing Fancy to post an open apology was a desperate attempt at trying to redeem his already damaged reputation.

Nigerian social media users have now “married” Alexx to Bobrisky. They edited a photo of Alexx and Fancy, cropped out Fancy’s face and inputted Alexx’s.

Exporting hazard: The dark side of European used cars and parts...

ARCON bans use of foreign voice-over artists, models for advertisement

“I can’t allow my children go into acting profession”, says ...